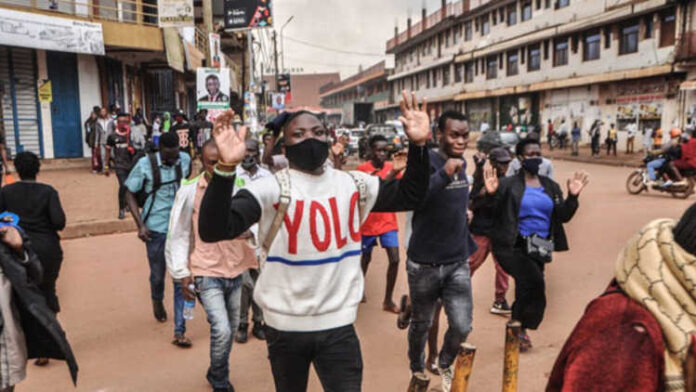 The United Nations Commission on Human Rights has asked the government of Uganda to protect citizens’ rights to freedom of expression and peaceful assembly.

The commission made the call against the backdrop of reports of rights violations in the East African country ahead of the 14 January presidential and parliamentary elections.

Spokesperson for the commission, Ravina Shamdasani, said in a statement that ‘deteriorating’ violation of the rights to freedom of expression, peaceful assembly and participation, arbitrary deprivation of life, arbitrary arrest and detention, and torture had been documented.

‘Between 18 and 20 November, at least 54 people were killed during riots and protests in at least 7 districts across the country over the arrest and detention of two opposition presidential candidates, Robert Kyagulanyi, who is also known as Bobi Wine, and Patrick Oboi Amuriat, and members of the political opposition’, the statement read.

‘Indeed, the harassment, ill-treatment, arbitrary arrests and detention of opposition candidates and supporters have been a worrying development during the electoral campaign.

‘Kyagulanyi, the candidate of the National Unity Platform (NUP), has been blocked from holding campaign activities several times.

‘Among recent incidents, Amuriat was arrested on 2 January as he was campaigning in Nakasongola District and released on bail later the same afternoon.

‘Journalists covering his campaign were reportedly beaten by security forces and ordered to delete videos and photos’.

Also, the commission cited an example of over 100 NUP supporters who were arrested in Kalangala when security forces blocked a campaign event by Kyagulanyi for violating Covid-19 measures saying police have not enforced Covid-19 restrictions in such a strict manner for electoral campaign activities by the ruling party.

‘Such developments increase concern that the Covid-19 measures are being used as a ground to restrict public freedoms and political participation during the electoral process’, the commission noted.

Sources within civil society in the country said President Yoweri Museveni’s decision to deport or block the return of the officials was based on the belief that they were supporting Kyagulanyi.

The 76-year-old Museveni, who came to power after an armed uprising in 1986, is seeking reelection.