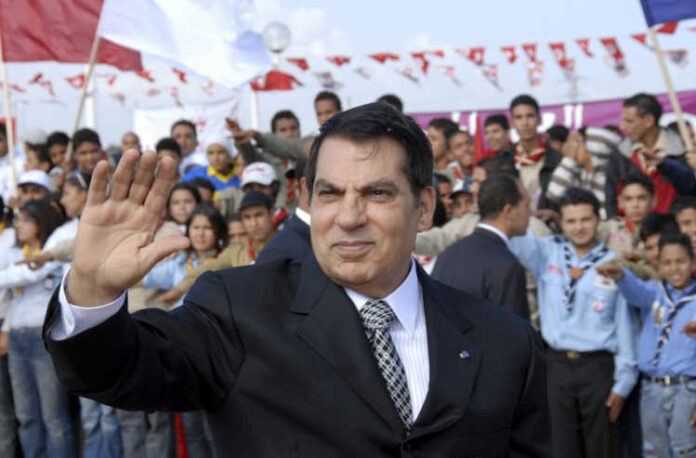 A group of civil society organisations (CSOs) in Tunisia has asked the country’s government to request an extension of the freeze on former president Zine El Abidine Ben Ali’s assets in Switzerland.

The freeze expires on 19 January, 2021, and will then have reached the legal maximum duration of ten years.

The Swiss government freezed the accounts of Ben Ali in 2011 amid calls that the former leader should be held accountable for his alleged crimes.

Ben Ali, who died in 2019 in Saudi Arabia, fled Tunisia in January 2011 following popular protests which ended his 23-year rule at the start of what became known as the Arab Spring.

‘At the beginning of 2011, the Federal Council reacted to the Arab Spring uprisings and ordered a preventive freeze on the assets of Mr Ben Ali and his entourage, amounting to about CHF60 million’, the government of Switzerland said in a statement.

The civil society groups, including Lawyers without Borders, the Tunisian Forum for Economic and Social Rights, Al-Bawsala, the Tunisian Network for Transitional Justice, in a statement, urged President Kais Saied to request an extension to avoid losing the assets.

According to the Switzerland Federal Act on the Freezing and the Restitution of Illicit Assets, an extension is possible if the state concerned has expressed its willingness to cooperate within the framework of mutual legal assistance.

The CSOs faulted successive governments for not ‘dealing properly’ with the issue of the restitution of looted assets.