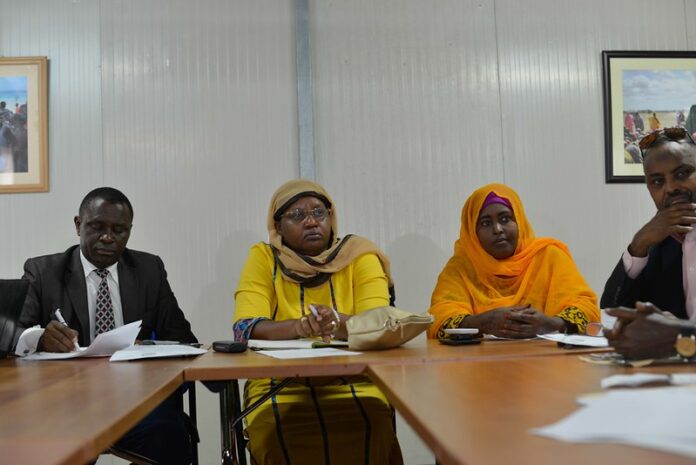 The African Union Mission in Somalia and the country’s Federal Electoral Implementation Team (FEIT) have met with civil society organisations (CSO) to explore ways of deepening their roles in ensuring peaceful election.

Somalia’s next election is scheduled to hold on 08 February, 2021, and reports say there is political tension in the country.

There are more than ten candidates for country’s indirect presidential election, in which four big clans and other minority tribes choose members of parliament that will decide Somalia’s next head of state.

But the opposition candidates have accused President Mohamed Abdullahi Faramaajo of bypassing the electoral law by stacking the poll committee with his allies.

The committee, it is understood, coordinates the parliamentary elections before the presidential poll.

Tensions among key parties remain high and electoral preparations are understood to be lagging.

The meeting, it was learnt, was part of wider efforts to ensure Somalia holds credible and violence free election.

‘Civil society organisations are playing a critical role in the 2020/2021 elections. Unlike the 2016 elections, the civil society will select delegates, just like clan elders, who will in turn elect their representatives’, he said.

‘We have put in place mechanisms that give and safeguard their interests’.

Representatives of CSOs hailed FEIT for its commitment to accommodate views of different groups by reaching out to various groups and stakeholders ahead of the election.

For his part, Secretary General of the National Union for Somali Journalists (NUSOJ), Omar Faruk, called for collaboration among stakeholders, including the electoral body and security agencies, to ensure the safety of journalists and free access to information.

‘We must ensure the safety of journalists and their freedom to access information during the elections. We all know how important the media is in preserving the integrity of elections’, he said.