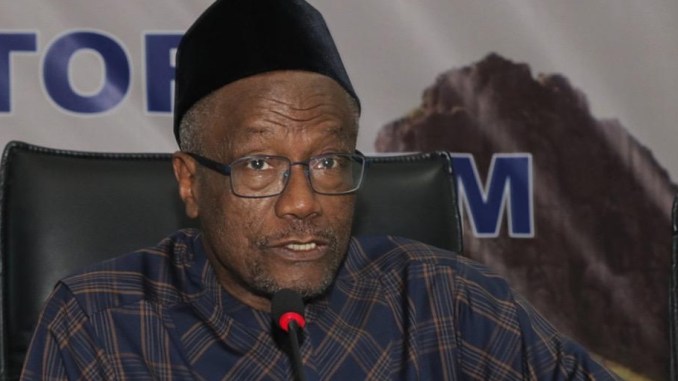 It is understood that the West African country has run out of its own currency, the people are getting impatient and wary of government’s promise to make life better amid rising inflation.

Kallon had told parliamentary oversight committee on finance that the best way to address the liquidity crisis was to use electronic payment system.

‘I inherited an economy in which low economic growth and consequently high unemployment co-exist with high inflation’, local media rereported him as saying.

But the NC chief, in a letter, said the liquidity crisis had caused innumerable economic embarrassment and incalculable loss to individuals and businesses, urging the bank governor to resign.

‘Mr governor, you told the media that you reordered the printing of notes in January 2020 and later you doubled it. If this was anything to go by then we never experienced the crisis in mid-2020, except for the festive period’, the letter read.

‘Mr governor, for you to even suggest or concoct an hypothesis that some persons did huge withdrawal for speculative motive without any injection is another laughable joke because such a thing has never happened.

‘Since you have not been here long enough, let me hasten to tell you that you were speculating about a ghost in a theatre that never existed.

‘As a matter of fact, you had instituted a ban on dollar, and what you should have worried over was the injection of counterfeit notes in circulation, not a titanic withdrawal without concomitant injection into the bank’.

He said the governor had failed the people of Sierra Leone and restated that he should resign.

‘We are asking you to resign because we, Sierra Leoneans, are tired of all these jazz economic theories you are putting out there as an excuse. You have woefully failed this nation’, Abu noted.