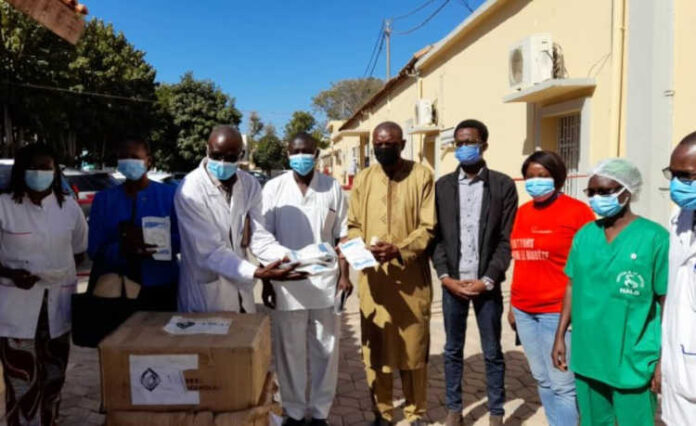 TrustAfrica says it has provided health care workers in Senegal with high-quality face masks as part of its contribution to curtail the spread of the Covid-19 pandemic.

The foundation, in a statement, said the face masks worth about 70 million CFA, will be distributed to hospitals, health facilities and institutions.

The face masks, obtained in partnership with the V6 CO Online Medical Supplies, will be donated to citizens in Dakar, Thies, and Ziguinchor.

Following the outbreak of the pandemic, Senegal developed several public health policies, including the wearing of face masks, to prevent community transmission and protect its fragile health system.

Executive Director of TrustAfrica, Dr Ebrima Sall, said that his organisation’s aim was to help the most vulnerable populations in the West African country.

He said, according to the statement, that this modest donation to members of the medical profession will help to curtail the spread of the virus.

Sall said TrustAfrica was committed to the welfare of Africa and its people, adding that the foundation will not relent in its determination to bring succour to the most vulnerable communities in Africa through its various intervention programmes.

The foundation has also supported Zimbabwe and The Gambia in their battle against the virus, according to the statement.