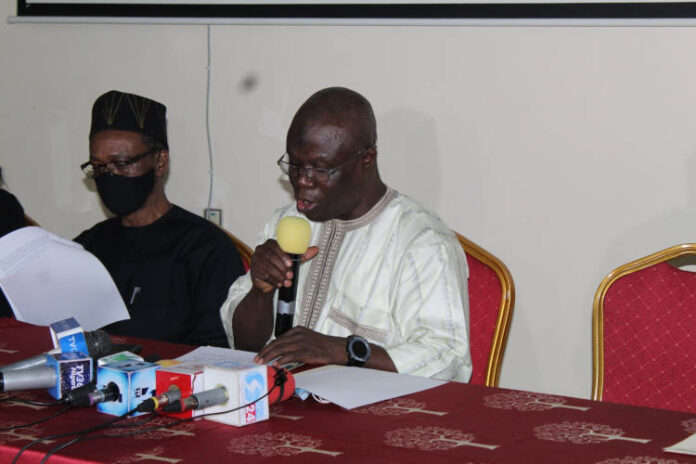 Centre for Human Rights and Civic Education (CHRICED) has urged new U.S. President Joe Biden to work with Africa to salvage faith in democracy and respect for human rights.

The organisation made the call following the inauguration of Biden and Kamala Harris as President and Vice President on 20 January.

Executive Director of the organisation, Ibrahim Zikirullahi, said former President Donald Trump’s administration had raised questions on the fate of democracy in the United States and its lack of enthusiasm in contributing solutions towards solving global problems.

‘The coarseness of Trump’s public communication seriously undermined multilateral cooperation despite the prevalence of threats to global peace and security’, he said in a statement.

‘In place of solidarity and international cooperation on key issues of global concerns, the Trump administration made the bizarre choice of retreating from the global stage.

‘On the key global concerns like climate change, worsening economic inequality, and the global public health crisis as exemplified by the devastating Covid-19 pandemic, the Trump administration preferred isolation instead of cooperation.

‘A ready example is the recent Presidential election in Uganda, which was lacking in the minimum standards for credible polls’.

Commending critical U.S. institutions for protecting the democratic process, Zikirullahi urged the Biden-Harris administration to engage the African continent in a manner that will not just encourage democracy, but promote the respect for human rights.

‘For instance, CHRICED notes that as presidential candidate, Biden weighed in on the issue of killings and abuse of the rights of #EndSARS protesters in Nigeria’, the CHRICED boss added.

‘With the weight and the influence of the U.S. presidency, CHRICED believes there is a lot more that the Biden-Harris administration can do to pressure the authorities in Nigeria and other African countries to ensure they respect, promote and protect the rights of all citizens’.