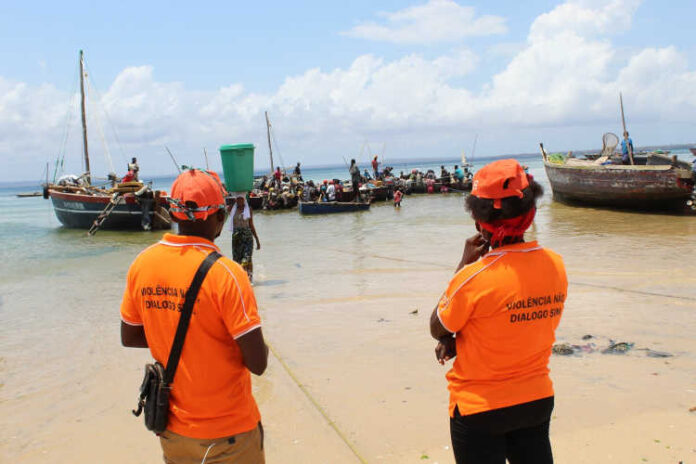 The kits, according to UNFPA, contain feminine hygiene items such as soap, reusable menstrual pads, capulanas (traditional cloths) and underwear.

Cabo Delgado has been the site of an escalating insurgency led by militant group Ahlu Sunnah Wal Jammah (ASWJ), which has claimed the lives of thousands.

It was gathered that since March 2020, the few international aid groups working in Cabo Delgado have mostly pulled back to the province’s capital city, Pemba, leaving behind a growing number of internally displaced people with little support.

The dignity kits, it is understood, contain items to help women and girls mitigate their risk of gender-based violence, including a flashlight and whistle, and information on where and how to access services.

UNFPA said it had worked with the government of Mozambique and social activists to educate women and girls about Covid-19 and how to avoid transmission and infection, while also distributing reusable face masks.

‘I came with nothing. Nothing at all’, said Amina Daúde, 25, who travelled by boat to Pemba with her husband and three children, according to UNFPA.

Similarly, WFP is understood to have been assisting displaced persons by providing them with a monthly family food basket of 50 kilos of grain, five litres of vegetable oil, and 10 kilos of dried beans and lentils.

WFP also provides cash-based assistance where local markets are functioning, allowing families to choose which basic needs to meet (food items and hygiene kits) through redeeming value vouchers of 3600 MZN (equivalent to about US$50) per month.

‘Internally displaced persons are especially vulnerable to the spread of Covid-19 because they are crowded together in camps, host families’ backyards and outdoors with no or inadequate shelter, health services and access to clean water and sanitation’, said WFP Country Representative in Mozambique, Antonella D’Aprile.

To date, an estimated 530,000 people have been displaced from Cabo Delgado.