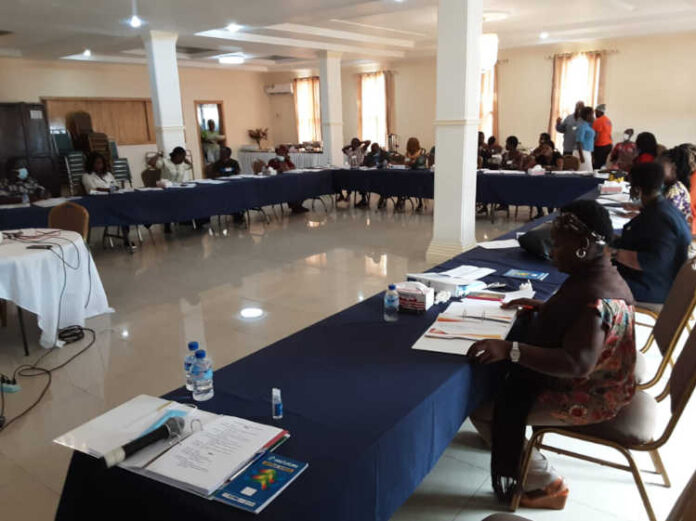 A group of human rights activists has called for sustained advocacy against sexual and gender-based violence (SGBV) against women and children in Liberia.

The group, including the In-Country Director of the International Rescue Committee (IRC), Faith Cooper; Director of SGBV/Domestic Violence Unit Programme at the Ministry of Justice, Oneta Roberts, and a member of the Association of Female Lawyers of Liberia (AFELL), Joyce Woods, made the call against the rise in SGBV cases.

Between January and July 2020, more than 150 SGBV cases, which doubles the number for the same period in 2019, were forwarded to Criminal Court E, according to the Director of the SGBV crimes unit, Isaac George.

The country launched an anti-abuse roadmap in September 2020, as President George Weah acknowledged the increase in rape.

But human rights activists want the government to do more.

Speaking on the theme, ‘Understanding Liberia’s Rape Crisis: How Do We overcome it Together’, the panelists, in separate remarks, called for concrete reforms to shape cultural attitudes and robust sets of preventative measures to tackle the problem of rape and other forms of SGBV against women and children.

‘Political will is a must. Let me remind you, the responsibility of any nation is its ability to protect its people’, Cooper said.

The panelists called for the construction of the Cheesemanburg Rehabilitation Centre to reduce the overcrowded South Beach Prison and to launch a proper rehabilitation program for inmates, including juveniles.

As for Roberts, she said, ‘Our psychiatrist can tell you, you cannot rehabilitate in a space that the rapists and criminals are in right now.

‘We hope that we can build this facility in Cheesmanburg that is going to house 6,000 inmates, specifically with a wing for juveniles.

‘The juveniles must be separate from 18 [years old] and above because if a child is incarcerated with a serial rapist, that rapist is going to rape him and when he gets out of that prison, he is going to continue’.

For his part, a police officer, Joseph Kowel, called for more support to the police to address logistical problems encountered during the arrest and prosecution of perpetrators, as well as more support to survivors of rape and other forms of SGBV.