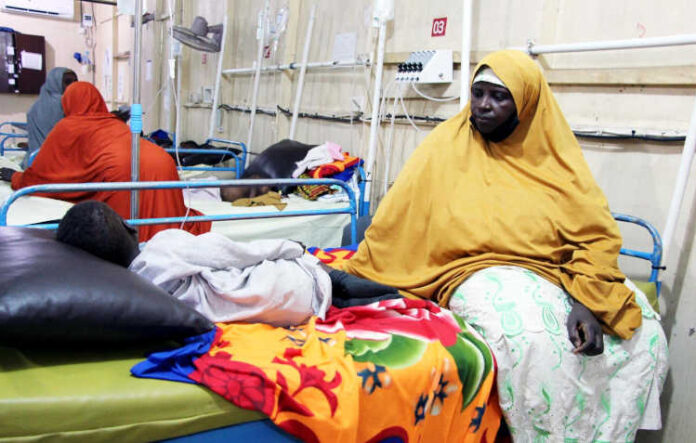 The Global Fund has endorsed $8.54 billion worth of grants for lifesaving programmes to reduce the burden of HIV, tuberculosis and malaria.

The UN-established international financing group said it signed 157 grants in 2020 for the lifesaving programmes to strengthen health systems globally.

‘This is the highest amount of grants ever signed in a single year by the Global Fund’, the Global Fund said in a statement on its website, adding that the implementation will begin in January.

An estimated 228 million cases of malaria occurred worldwide in 2018, with the World Health Organisation (WHO) African Region reporting 213 million cases or 93 percent, according to the 2019 World Malaria report.

WHO said in its ‘World Tuberculosis Day 2019’ message that about 2.5 million people contracted tuberculosis in sub-Saharan Africa in 2017, adding that 665,000 of them died from the disease.

The World Malaria study forecast that without access to antiretroviral therapy for HIV, timely tuberculosis diagnosis and treatment, and provision of long-lasting insecticide-treated nets for malaria during the Covid-19 pandemic, HIV deaths could go up by ten percent, with figures for tuberculosis and malaria being 20 and 36 percent.

According to the Global Fund statement, the Geneva-based group has a total of $12.71 billion available in funding allocations for the three-year funding cycle that runs from 2020–2022.

‘This is an exceptional achievement that will help more than 100 countries continue the critical fight against HIV, TB and malaria – epidemics that kill more than 2.3 million people every year’, the statement quoted Executive Director of the Global Fund, Peter Sands, as saying.

‘As the Covid-19 pandemic overwhelms health systems around the world, it is now more important than ever that we ensure countries have the resources they need to fight HIV, TB and malaria and to strengthen the systems for health needed to respond to all four diseases’.

In its 2020 World Malaria report, WHO said global malaria gains were threatened by access gaps, Covid-19 and funding shortfalls.

The report noted that progress against malaria continues to grow, particularly in high burden countries in Africa.

African leaders had in year 2000 signed the landmark Abuja Declaration pledging to reduce malaria deaths in Africa by 50 percent over a ten-year period.

According to the report, 1.5 billion malaria cases and 7.6 million deaths have been averted since 2000.

But gaps in access to lifesaving tools, the WHO report noted, are undermining global efforts to curb the disease, and the Covid-19 pandemic is expected to set back the fight even further.

The Global Fund vowed in 2020 to sustain the fight against the diseases amidst the Covid-19 crisis.

Speaking at the Global Fund Board’s 44th meeting, which was held virtually, Sands emphasised the need to increase funding and expand the response to the pandemic, reinforce systems for health, and get back on track to end HIV, TB and malaria as epidemics by 2030.