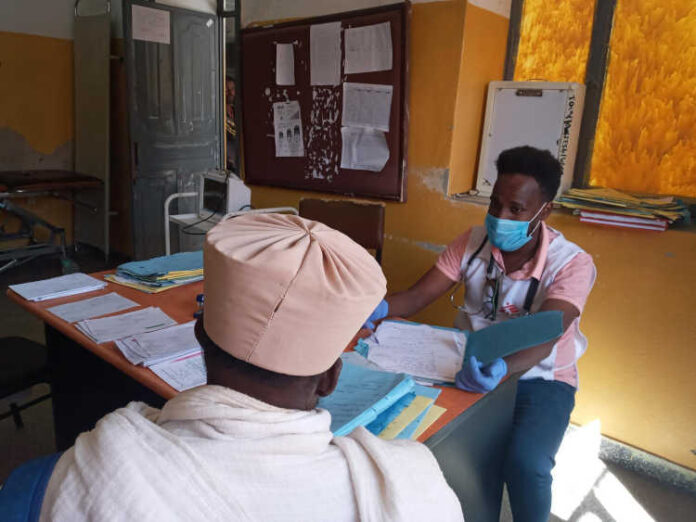 Médecins Sans Frontières (MSF) says it has been providing medical care to people affected by the conflict involving federal and local forces in Ethiopia’s Tigray region.

The country’s Prime Minister, Abiy Ahmed, had on 04 November ordered the Ethiopian Defence Forces (EDF) to attack the Tigray Regional Paramilitary Police and militia loyal to the TPLF.

Since the start of the conflict, there have been armed confrontations between federal forces on one side and the Tigray regional forces on the other side.

MSF, in a statement, said tens of thousands of displaced people live in abandoned buildings and on construction sites in northwestern and western areas around the towns of Shire, Dansha and Humera, while others have found refuge in host communities in the east and south of the region.

These people, according to MSF, have very limited access to food, clean water, shelter and healthcare.

‘MSF teams have also heard reports that many people are still hiding in the mountains and in rural areas across the region’, MSF said in the statement on its website.

MSF said its teams in southern Tigray are running mobile clinics and have restarted some services at health centres in the towns of Hiwane and Adi Keyih, alongside staff from the Ministry of Health.

‘Between 18 December and 3 January, MSF teams in Hiwane and Adi Keyih provided 1,498 medical consultations to people’, it said.

UNHCR said last year it had registered more refugees at the Sudanese-Ethiopian border as more people were crossing from Tigray into eastern Sudan as a result of the conflict.

Before the conflict, the population in Tigray was around 5.5 million people, including more than 100,000 internally displaced people and 96,000 refugees who were already dependent on food assistance, according to the United Nations.