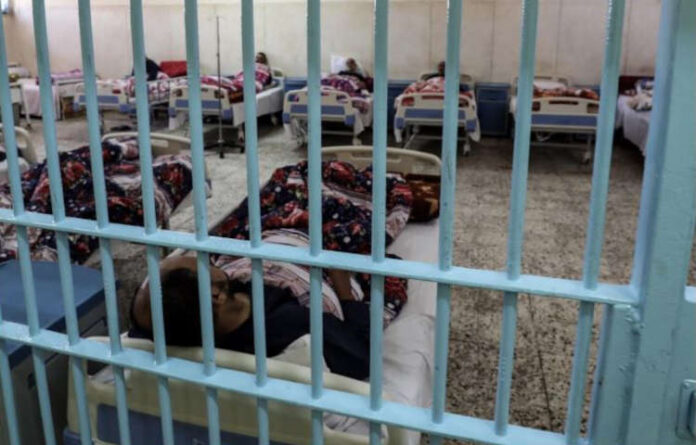 Amnesty International (AI) has accused Egypt of subjecting prisoners of conscience and others held for political reasons to inhumane conditions.

The human rights organisation made the allegations in a report, What do I care if you die Negligence and denial of health care in the Egyptian prisons.

The report documented how prison authorities allegedly failed to protect prisoners from the Covid-19 pandemic and regularly discriminate against prisoners from socio-economically disadvantaged backgrounds.

The report focused on the experiences of 67 individuals in detention, ten of which had died in custody and two who died shortly after being released in 2019 or 2020.

Also, the report looked at 16 prisons with the investigation carried out mainly between February and November 2020.

Prisoners, according to the report, were kept in squalid conditions and received unhealthy food without proper access to health care, which may have resulted in death.

The report claimed that overcrowding, poor ventilation and limited access to water and toilets led inevitably to Covid-19 infections.

It noted that despite the wave of protests and uprisings across the Middle East ten years ago, Egyptian authorities continue to ’round up tens of thousands of actual or perceived critics and opponents’.

‘They leave it to the prisoners’ families to provide them with medication, food and cash to buy basics like soap and inflict additional suffering by denying them adequate medical treatment or timely transfer to hospitals’.

But the Egyptian government has dismissed the allegations of bad conditions and torture in its prisons, with the country’s news website, Al-Ahram, denouncing the AI report as ‘negative rumours’.

Before the publication of the Amnesty report, the country’s interior ministry released a video showing prisoners in Torah prison in Cairo receiving health care in line with the latest medical standards.