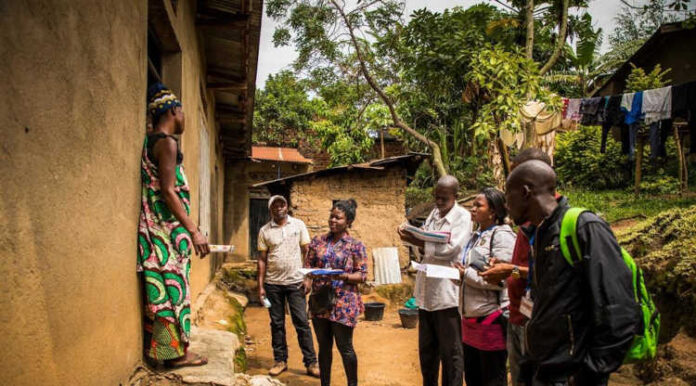 Leading international health and humanitarian organisations have announced the establishment of a global Ebola vaccine stockpile to contain future outbreak of the disease.

The stockpile, according to a statement issued by UNICEF, will ensure timely access to vaccines for populations at risk during outbreaks.

Ebola, formerly known as Ebola haemorrhagic fever, is a severe, often fatal illness affecting humans and other primates, according to WHO.

The virus is transmitted to people from wild animals (such as fruit bats, porcupines and non-human primates) and then spreads in the human population through direct contact with the blood, secretions, organs or other bodily fluids of infected people, and with surfaces and materials.

It is understood that as Ebola outbreaks are relatively rare and unpredictable, there is no natural market for the vaccine.

According to the statement, vaccines are only secured through the establishment of the stockpile and are available in limited quantities.

‘The Ebola vaccine is reserved for outbreak response to protect people at the highest risk of contracting Ebola – including health care and frontline workers’, the statement read.

The injectable single-dose Ebola vaccine (rVSV∆G-ZEBOV-GP, live) is manufactured by Merck, Sharp and Dohme (MSD) and developed with financial support from the US government.

The European Medicines Agency licenced the Ebola vaccine in November 2019, and the vaccine is now prequalified by WHO, and licenced by the U.S. Food and Drug Administration as well as in eight African countries.

‘Before achieving licensure, the vaccine was administered to more than 350,000 people in Guinea and in the 2018–2020 Ebola outbreaks in the Democratic Republic of the Congo under a protocol for “compassionate use” ‘, it noted.

The vaccine is recommended by the Strategic Advisory Group of Experts (SAGE) on Immunization for use in Ebola outbreaks as part of a broader set of Ebola outbreak response tools.

‘The Covid-19 pandemic is reminding us of the incredible power of vaccines to save lives from deadly viruses’, said WHO Director-General Dr Tedros Adhanom Ghebreyesus.

‘Ebola vaccines have made one of the most feared diseases on earth preventable. This new stockpile is an excellent example of solidarity, science and cooperation between international organisations and the private sector to save lives’.

As with stockpiles of cholera, meningitis and yellow fever vaccines, UNICEF will be the decision-making body for the allocation and release of the Ebola vaccine stockpile, which is stored in Switzerland.