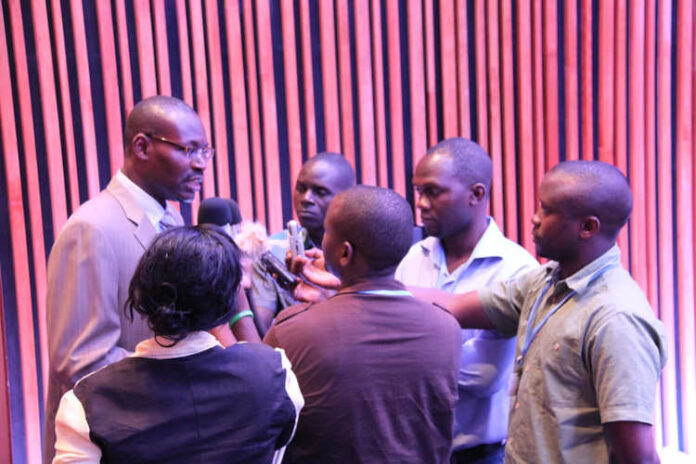 Reporters without Borders (RSF) has called on the authorities in the Democratic Republic of Congo to improve measures for the safety of journalists.

The journalism rights group made the call following reports that members of a Mai-Mai rebel militia went to Raka FM to look for its director, Jacques Mulengwa.

The militiamen, according to RSF, visited the community radio station in Kazimia a few hours after the station broadcast a statement by the local army commander accusing the militia of attacking a nearby locality.

‘We have logged at least 13 Mai-Mai abuses against journalists and media outlets in the eastern DRC since 2019’, Head of RSF Africa, Arnaud Froger, said.

‘It is unacceptable that journalists who are doing the absolutely vital work of covering difficult subjects in the eastern provinces are among the victims of violence, which is taking place with complete impunity and without any steps being taken to protect them.

‘Inaction cannot be a response to this serious situation. We call for firm measures, such as the dedicated mechanism for protecting and securing journalists that RSF has been proposing’.

It is understood that the militia group killed Papy Mumbere Mahamba, a journalist, in November 2019. Mahamba hosted a programme about Ebola on a community radio station in Lwemba, a village near the town of Mambasa in neighbouring Ituri province.

The Mai-Mai group had strongly opposed the measures being taken to combat Ebola as the group threatened to burn down the radio station and kill all of its journalists, forcing it to cease operating.