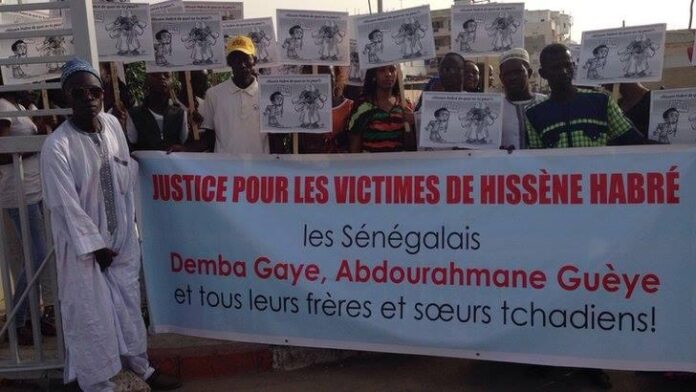 Human rights organisations in Chad have asked the African Union (AU) to activate a Trust Fund to compensate victims of rights violation during the administration of Hissène Habré.

In 2001, Human Rights Watch said it had recovered political police files that revealed the names of 1,208 people who were killed or died in detention, and 12,321 victims of human rights violations.

The current president, Idriss Déby Itno, deposed Habré, who fled to Senegal where he was caught and convicted.

Habré was convicted of crimes against humanity, war crimes, and torture, including sexual violence and rape, by an African Union-backed Senegalese court and sentenced to life in prison.

In a separate trial in Chad, a court convicted 20 Habré-era security agents on murder and torture charges and awarded 75 billion CFA francs (approximately $139 million) in reparations to 7,000 victims.

Also, the court, on 25 March, 2015, ordered the government to pay half and the convicted agents the other half.

In 2017, the African Union adopted the Trust Fund’s statute and allocated five million dollars to the fund, which is not yet operational.

‘Habré’s victims fought relentlessly for 25 years to bring him and his henchmen to justice, and were awarded millions of dollars, but they have not seen one cent in reparations’, lead counsel for Habré’s victims, Jacqueline Moudeina, said.

‘Many of the victims who scored these historic victories are in dire straits and in desperate need’.

Also, President of the Association of Victims of the Crimes of Hissène Habré (AVCRHH), Clément Abaifouta, said, ‘The African Union and the Chadian government need to implement these court decisions so that the victims, at long last, can receive reparations for what we suffered.

‘We fought for decades for those decisions and now the African Union and our government have made us fight again to get the decisions enforced’.

The AU Commission had promised to convene a resource mobilisation conference to maintain the fund.