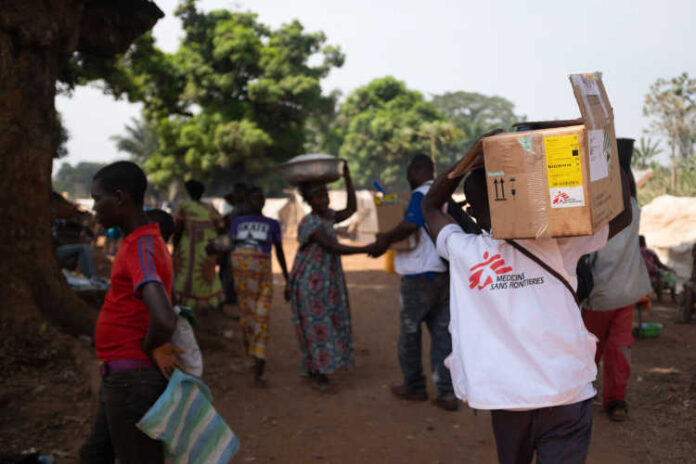 Mass displacement, according to the UNHCR, had continued outside the country following the 27 December reelection of President Faustin-Archange Touadéra, reversing a trend of people returning to CAR in recent years.

In the southeast of the country, more than 10,000 people fled Bangassou during an offensive on the city, according to MSF.

‘With the massive influx of refugees in Ndu, we immediately increased our support to the health centre by bringing in extra medicines, vaccines and additional staff,’ MSF Project Coordinator Marco Doneda reportedly said.

‘The number of medical consultations has exploded, with more than 110 patients seen each day, on average, mainly women and children suffering from for malaria, diarrhoea and respiratory infections.

‘In view of the needs, we will continue to increase our medical capacity in the health centre in the coming days, as well as our capacity to respond to potential epidemics by reinforcing routine vaccination’.

‘What is clear is the situation has evolved, it has worsened, we have seen that the number of refugees has doubled in just one week’, UNHCR Spokesperson, Boris Cheshirkov, had said during a press briefing in Geneva while appealing for an immediate end to all bloodshed.

Ten of Touadéra’s challengers said the election should be rerun, citing low turnout due to the violence as well as alleged voting irregularities.

But the constitutional court rejected those arguments on 18 January, declaring Touadéra the winner with 53.16 percent of the vote.