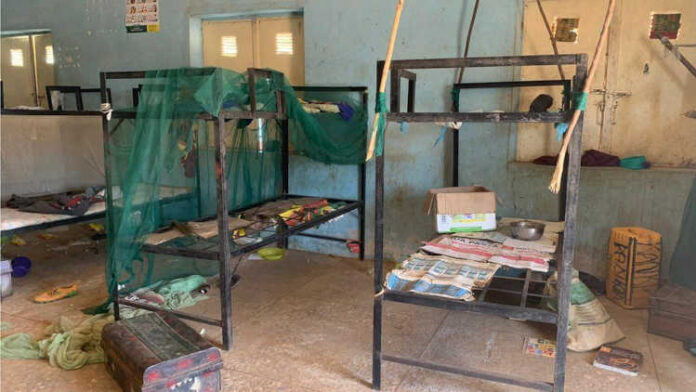 The United Nations (UN) has condemned the abduction of schoolboys by suspected armed group in Kankara, Katsina State, northwest Nigeria.

UN Secretary-General Antonio Guterres, who condemned the attack on Government Science Secondary School (GSSS) on 11 December, called for the ‘immediate and unconditional’ release of at least 300 abducted children.

It was gathered that about 800 students were at the school when the attack happened and more than 300 are still missing.

Police said that during an exchange of fire, some of the gunmen were forced to retreat, according to BBC.

The security operatives said students were able to scale the fence of the school and run to safety.

‘The secretary-general strongly condemns the December 11 attack on a secondary school in Katsina State, Nigeria, and the reported abduction of hundreds of boys by suspected armed bandits’, a statement issued by the Spokesman for the UN chief, Stéphane Dujarric, read.

‘He calls for the immediate and unconditional release of the abducted children and their safe return to their families.

‘The secretary-general reiterates that attacks on schools and other educational facilities constitute a grave violation of human rights’.

Guterres reaffirmed the support of the United Nations to the Nigerian government and also to Nigerians in their fight against terror, violent extremism and organised crime.

In his reaction, President Muhammadu Buhari condemned the attack, further pledging support to the military and police to counter terrorism in the country.

‘I strongly condemn the cowardly bandits’ attack on innocent children at the Science School, Kankara. Our prayers are with the families of the students, the school authorities and the injured’, he said.

Six years ago, 276 schoolgirls were abducted from their school in Chibok, Borno State, by terrorist group, Boko Haram.

The kidnapping of the girls sparked the creation of the hashtag #BringBackOurGirls, one of the biggest global social media campaigns.

Boko Haram kidnapped the girls because of their opposition to Western education, which the militants believe corrupts the values of Muslims.