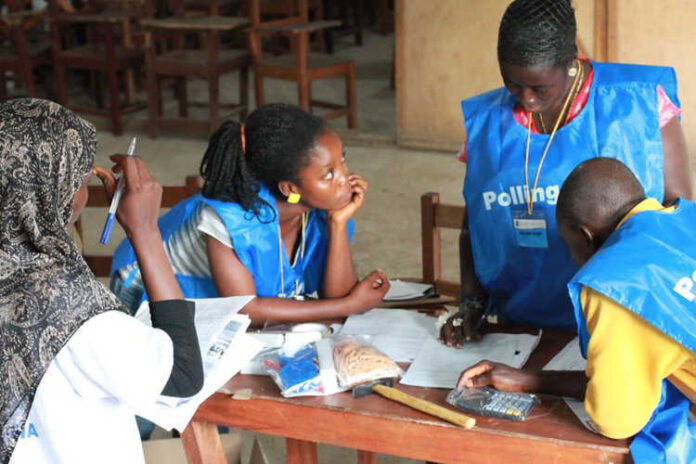 A group of civil society organisations (CSOs) in Margibi, Liberia, has rejected the results of the national referendum conducted on 08 December.

The CSOs, including the Citizen For Sustainable Peace and Development (CsP), Rural Women Network of Liberia (RWNL), United Students Organization (USO), and the Association of Community Chairman and Traditional Leaders in Margibi County, said most of the results were invalid.

The numbers show that almost all the voters cast ballots in the referendum, but the vast majority of those ballots were invalidated due to improper marking.

Executive Director of the Rural Women Network of Liberia (RWNL), Miatta Johnson, said the way the referendum ballots were counted was not proper, alleging that officials instructed voters to mark ‘Yes’ on all propositions for the referendum.

She said, ‘After the counting of the senatorial candidates’ ballots, all the observers left. So how can we tell that the process was transparent?

‘We have been calling for the rescheduling of this whole referendum issue because we are not satisfied with the process’.

Similarly, the United Student Organizations (USO) and Association of Community Leaders (ACL) had held a joint press conference to express disapproval of the results.

The representative of USO in Kolliedede Town, Peter Kerkula, called on community leaders, town chiefs, and elders of Margibi County to reject the ‘Yes’ ballots for the referendum.

He said he would carry out campaign to convince residents in Margibi to reject the referendum results.

‘We as members of the United Student Organisation, a youth organisation operating in Margibi County, will in no way accept this referendum result’, Kerkula said.

‘If NEC wants us to accept it then there must be a recount. We will campaign making our people to understand that the just-ended national referendum result was not in the interest of the people, but the interest of elected officials’.

However, the NEC Magistrate for Margibi County, Ernest McCay, has warned that the rejection of the referendum could result in crisis in the country.

McCay called on residents to remain calm, saying the process of the referendum was transparent.

‘The issue of NEC not releasing the referendum results is due to my illness, but let us say that the process is very transparent; you have the presence of the Liberian national police, even the very CSO group representatives’, McCay said.

Provisional results from five counties announced by the commission had placed the ‘Yes’ votes for the eight prepositions ahead of the ‘No’ votes.

According to the NEC, the ‘Yes’ votes dominated in counties like Bong, Grand Cape Mount, Maryland, Rivergee and Rivercess.