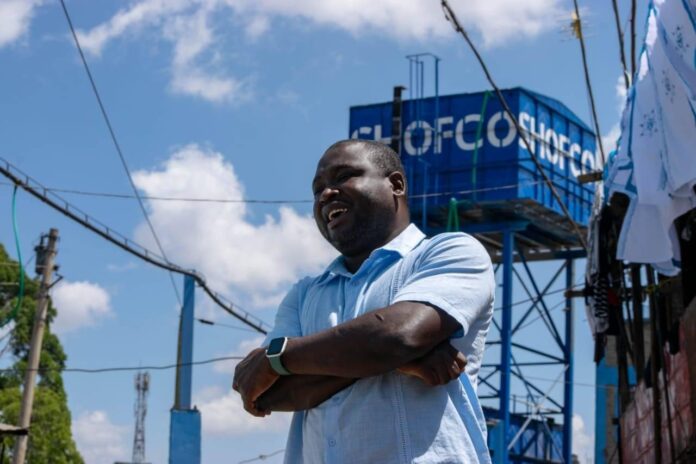 Shining Hope for Communities (SHOFCO) Chief Executive Officer, Kennedy Odede, has received the Head of State Commendation (HSC) award for his contribution to the society in Kenya.

President Uhuru Kenyatta, it was gathered, also recognised 157 other eminent Kenyans with the award reserved for people who exhibit exemplary qualities, or achievements of heroism, patriotism or leadership.

Odede was awarded for his incredible work in Kenyan urban slums during the Covid-19 period.

Through SHOFCO, Odede has transformed urban slums by providing critical services for all, community advocacy platforms, education, and leadership development for youth, women, and girls.

His organisation helped the 14 urban slums by installing 301 handwashing stations at entry points, brought in tens of millions of litres of free water, and with the help of other partners, sourced over 400,000 bars of soap.

The organisation further reached out to two million households in the slums with free masks and sanitisers.

‘I want to thank His Excellency President Uhuru Kenyatta for this award. I did not expect it’, Odede said.

‘It is an indication that he has seen what we have done in the communities during this pandemic period’.

The humanitarian, in September, came to the aid of a Kenyan boy, Ian Otieno, who had been collecting plastic waste from a dumpsite to sell with a view to buying a bicycle.

Odede gifted the 15-year-old boy a brand new bicycle after he saw the story of Otieno on social media.

The social entrepreneur also committed to paying the boy’s school fees from primary to university level.

It was learnt that, with the closure of schools as a result of the Covid-19 pandemic, the young Otieno took advantage of the free time to go to the Dandora dumpsite to collect plastic waste to sell.

Otieno’s story was shared by Kenya Human Rights Commission (KHRC) on social media in June and it caught the attention of Odede.

‘Ian was not afraid of the [Covid-19]; he would wake up every day and go to collect the plastic waste at the Dandora dumpsite, a sprawling 30-acre rubbish dump’, Odede said in a Facebook post.

‘Ian’s story is the same as mine and those of many other Kenyans. I grew up in the slums where we dreamt of doing great things in the future’.