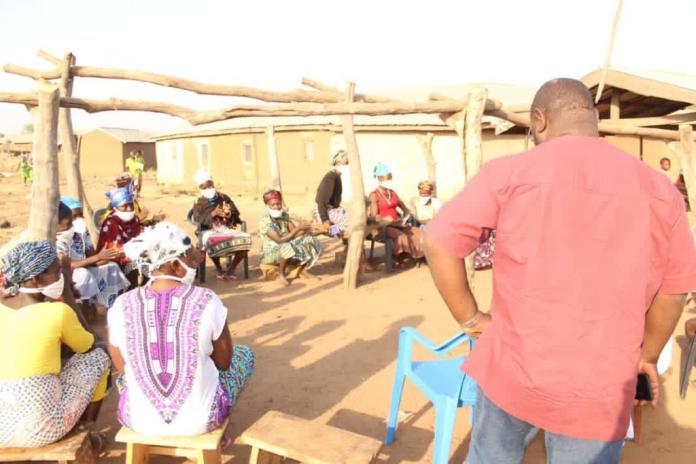 A coalition of civil society organisations (CSOs) in governance and security has begun a ‘One Ghana Peace’ campaign in response to election-related violence in the country.

An official of the National Peace Council had noted that 86 constituencies experienced violence around the 2016 elections, compared to just 47 in 2012 in Ghana.

ACLED data suggests the frequency of politically-motivated violence spiked in 2016 and has remained high ever since. And popular attitudes in Ghana have grown more wary, with 43.3 percent of respondents in a 2018 Afrobarometer survey saying they feared becoming victims of political violence, up from 35.5 percent in 2014.

The Africa Centre for Security and Counter-Terrorism (ACSCT) initiated the ‘One Ghana Peace’ campaign and radio messages while the West Africa Centre for Counter-Extremism (WACCE) is leading the national campaign with the Jaksally Development Organisation (Jaksally).

Executive Director of Jaksally, Jeremiah Seidu, said the campaign targeted about 1.7 million household heads, 5.1 million youths across its ten operational regions, 57 MMDA and over 350 hard-to-reach communities with the simple message Of ‘One Ghana Campaign’.

‘We are all one in this country. Party politics came to meet us as Ghanaians, and we will continue to practice party politics as peaceful Ghanaians. We are one nation, one Ghana one people’, GNA quoted him as saying.

‘Dead men do not vote. Community leaders should reject politicians who meet them with alcohol for their youth to participate in voting’, the coalition said.

‘Avoid overcrowding during this election at the voting centres, wear nose and mouth masks devoid of political colours’.

‘Avoid misbehaviour with motorbikes and vehicles before, during, and after elections. Speak peace to your neighbour, colleague, family, and friends. Avoid rallies, if at all, in the night or dark’.

The coalition further advised youths to work towards building a formidable future for themselves.