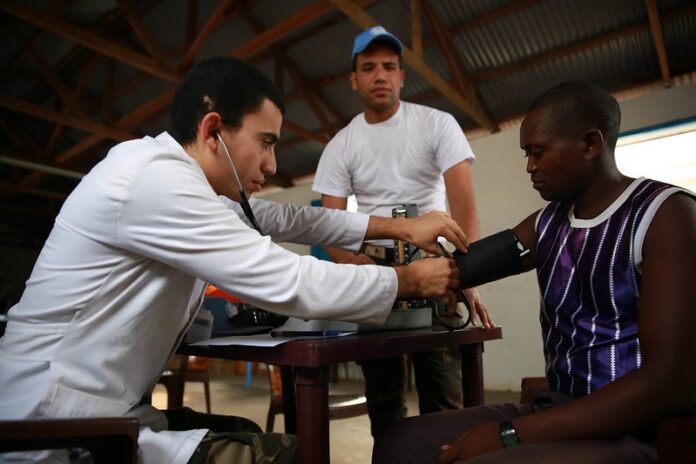 The global financial institution, in May, approved the Egypt Covid-19 emergency response, a $50 million project to support the government’s capacity to detect, prevent, and treat the Covid-19, including financing the operations of medical facilities and procuring supplies such as personal protective equipment.

The project expands an ongoing $530 million project the World Bank initiated in 2018 to support primary and secondary health care services in Egypt.

However, since the disbursement of the fund to Egypt, the World Bank has not spoken out publicly about at least six doctors and pharmacists that were jailed for criticising the government’s response to the pandemic.

It is understood that the Egyptian authorities arrested medical professionals between late March and late June for criticising the government’s Covid-19 response, particularly insufficient protection equipment and testing for health care workers.

The medical professionals face charges such as ‘spreading false news’ in violation of Egypt’s obligations under international human rights law protecting free speech, and other charges under abusive penal code and terrorism laws such as ‘joining an unlawful organisation’ and ‘misusing social media’.

In October and November, judges ordered the conditional release of three doctors but did not drop the charges against them. Six health care workers remain in jail.

HRW said in a statement that two of those arrested were members of the Doctors’ Syndicate council, its elected governing body.

‘Egypt’s arrests of medical professionals who criticised its Covid-19 policies warrant unambiguous opposition from the World Bank in line with its commitment not to tolerate reprisals’, HRW Middle East and North Africa Researcher, Amr Magdi, said in a statement.

Meanwhile, a World Bank representative, according to the HRW statement, stated that the bank had ‘not been made aware of any allegation of reprisals related to any of our projects in the health sector in Egypt’.