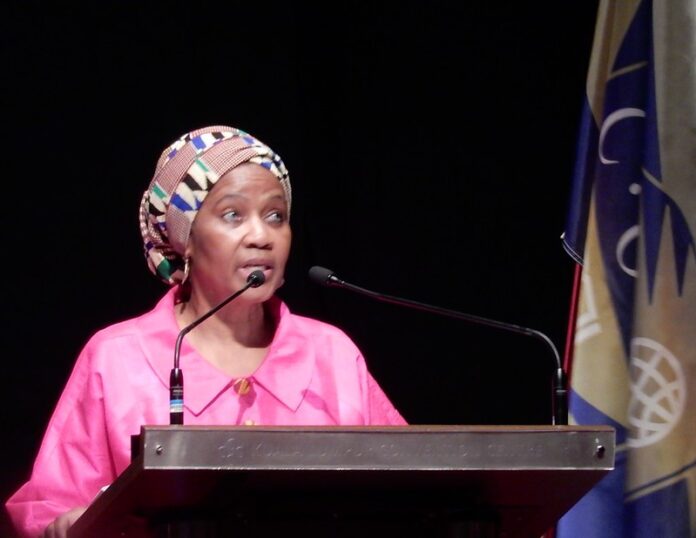 Reports say since the outbreak of the COVID-19 pandemic, violence against women and girls has dramatically escalated around the world.

In a letter addressed to member states of the United Nations, Mlambo-Ngcuka said with visible political will and tangible actions that protect and empower women and girls, real progress is possible.

‘As the world prepares to mark the International Day for the Elimination of Violence against Women on 25 November 2020, I would like to call on your government to make visible at the highest level your commitment to addressing violence against women and girls in the context of Covid-19 by issuing a short statement on social media, in the form of a video message or a short text at the highest possible level, ideally at the level of head of state/government’, the letter read.

She encouraged governments to use their social media platforms to disseminate their message on ending violence against women, accompanied with the hashtag #orangetheworld.

From forced and early marriages to the physical, mental or sexual assault on a woman, nearly three in ten Nigerian women have experienced physical violence by age 15, according to the Nigeria Democratic Health Survey (NDHS).

In Liberia, about 992 rape cases have been recorded this year, according to the country’s Ministry of Gender.

UN Secretary-General António Guterres had issued a call for ‘peace in the home’ and urged governments to make the prevention and redress of violence against women and girls a key part of their Covid-19 national response and recovery plans.