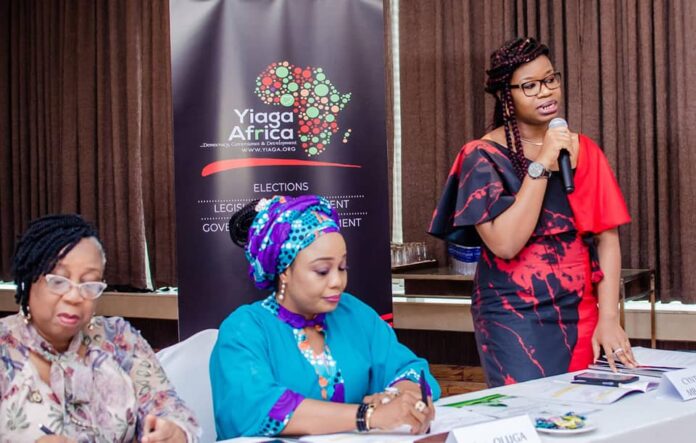 The Central Bank of Nigeria (CBN) has obtained a court order freezing the accounts of 20 #EndSARS promoters till January 2021.

The order, which was obtained on 06 November, was pursuant to a motion ex parte filed by the CBN before a Federal High Court on 20 October.

A member of the Lagos State Panel of Judicial Inquiry probing the alleged shooting of protesters at the Lekki tollgate, Oluwarinu Oduala, is among the 20 defendants.

The CSOs, in a joint statement signed by the Executive Director of EiE, Yemi Adamolekun, and the Director of Programmes at Yiaga Africa, Cynthia Mbamalu, warned that implementing the court order would have grave implications.

‘We note with concern the recent attacks and clampdowns on some members of the panels representing youths. This action has grave implications towards building citizens’ confidence in the Panels and in the ability of the Panels to ensure justice for victims of police brutality’, the statement read.

‘In the interest of justice, we hereby call on the government acting through the Central Bank of Nigeria to refrain from implementing this tactical intimidation of freezing the bank accounts of lawful citizens, who exercised their constitutionally guaranteed rights and some of whom are performing national duty in seeking justice for victims of police brutality.

‘We recommend the immediate unfreezing of the accounts and a cessation of the attacks and harassment of youth representatives on the panels to enable them to carry out their assignments’.

Protests, with hashtag #EndSARS, were triggered by the alleged killing of a young man by operatives of Special Anti-Robbery Squad (SARS) in Lagos on 03 October.

The police unit has been dissolved but protesters are demanding a complete reform of the police force, and prosecution of erring police officers.