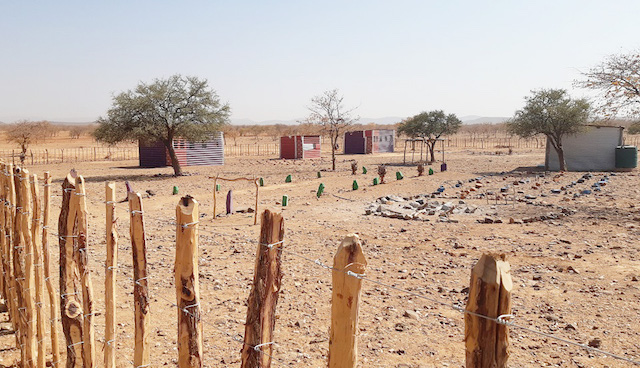 Fly and Help has announced its readiness to build another school in Otjirumbu village, 20 kilometres from Opuwo, in the Kunene region of Namibia.

The school will consist of three classrooms constructed at a cost of 60,000 euros (N$1.1 million), according to the foundation.

It is understood that the Germany-based Reiner Meutsch Foundation has already built and developed 40 schools in Namibia – most of them in the Kunene region – since 2013.

These projects include the establishment of small schools, and the upgrading of mobile schools with proper classrooms.

The foundation says it has invested about 2.7 million euros (N$50 million) in the construction of school facilities in Namibia to date.

Representative of Fly and Help, Silanca Weihmann, said that the Namibia’s Ministry of Education, Arts and Culture will finance teaching.

‘There are 85 pupils from pre-school to grade three at the current school. This number will increase after construction’, Weihmann said.

‘First, we will build three classrooms with a solar power system. Perhaps we will finance more buildings later’.

The first phase is expected to begin in December, and the facility’s opening is planned for April next year.

The foundation, it was gathered, will be working with Projekt Kaokoland.