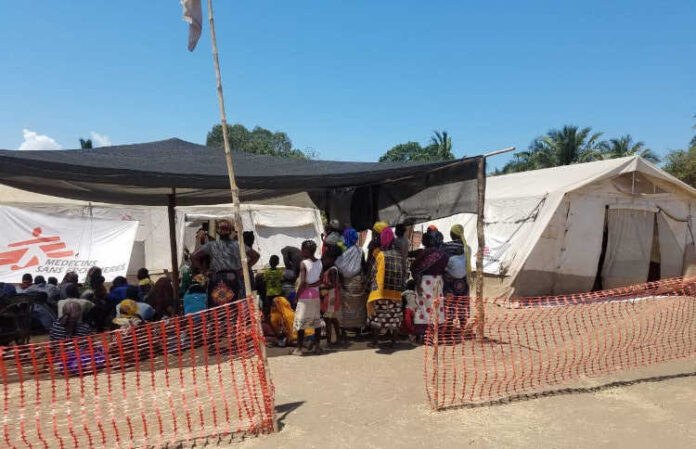 MSF, in a statement, called on the Mozambican authorities for support to mobilise additional humanitarian staff and supplies without delay.

More than 400,000 people from the country’s northern province of Cabo Delgado have been displaced, according to government estimates, due to attacks by armed groups.

Approximately 100,000 internally displaced people have sought refuge in and around Pemba in temporary shelter sites, such as school buildings, or with host families, increasing the city’s population by a third.

It is understood that many displaced persons cannot access clean drinking water and are exposed to malaria with barely any protection.

‘There have been cases of severe, potentially fatal, diarrhoea. There’s a lot of pressure on local medical staff, as 20,000 people have arrived throughout last month and more will continue to come’.

The fighting that started in October 2017 has continued to increase in intensity as it has forced almost a fifth of the province’s people to leave their homes.

‘MSF is deeply concerned about the continued violence and deteriorating conditions in Cabo Delgado and the quickly growing number of displaced people, especially with the onset of the rainy season’, the organisation quoted its Mozambique Head of Mission, Alain Kassa, as saying.