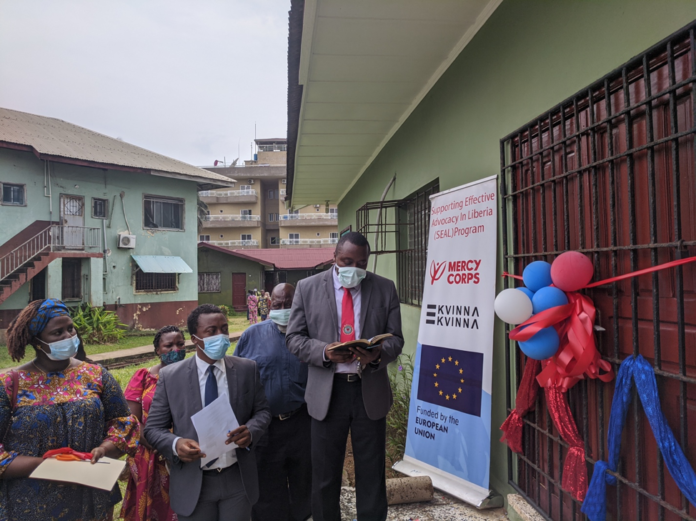 The National Civil Society Council of Liberia (NCSCL) has inducted its first ever headquarters.

The building, which is situated in the Lutheran Church on 13th Street, will serve as a meeting, resource, and networking centre for the NCSCL’s more than 2,000 members countrywide, according to NCSCL.

It is also understood that the building has spaces for regional officers, a good-size conference room, three bathrooms, and a corner for the council’s secretariat.

‘With this new platform, we assure Liberians that the civil society voice is ever strong and will reverberate for the good of all’, NCSCL National Chairperson Loretta Pope-Kai said at a dedicatory ceremony for the facility’.

Representative of the Swedish embassy, Charles Lawrence, said the office was a ‘new opportunity’ for the council to add value to the work of its members.

Lawrence urged the body to take strength from its member and eschew negative competition among individual groups.

As for the ECOWAS Ambassador, Babatunde Ajisomo, he praised the efforts of civil society groups in Liberia and admonished them to seek more knowledge in their areas of advocacy for truthful reports.