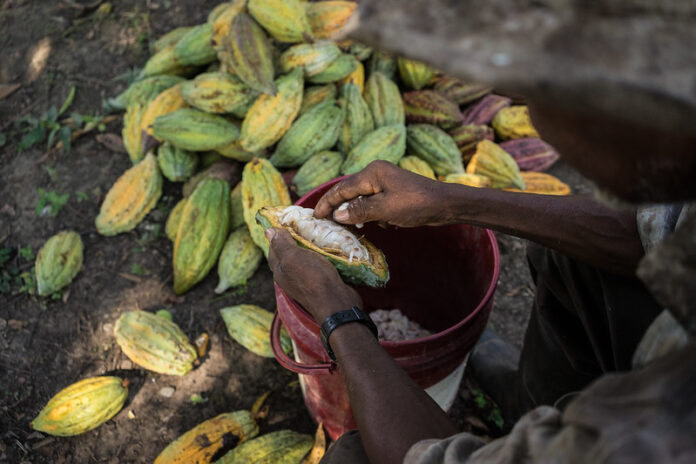 Civil society organisations (CSOs) have called on the government of Ghana to secure equitable living income for cocoa farmers to alleviate them from poverty.

This call was made during a two-day International Conference on Cocoa Pricing and Sustainability in Accra.

Most of the participants were cocoa farmers, non-governmental organisations, and private sector actors.

Development Diaries understands that the major aim of the conference was to clarify the applicable regulatory frameworks governing cocoa production and trade.

‘Despite all efforts aimed at improving the Cocoa Sector, the core of the problem is still not being addressed; the extreme poverty and lack of their voice debate’, Modern Ghana quoted lead campaigner for EcoCare Ghana, Obed Owusu Addai, as saying.

‘To achieve a sufficient level of income to cover basic needs of cocoa farmers, the living income differential would probably need to be a lot higher than what farmers currently receive’, he said.

Managing Director of Voice Network, Antonie Fountain, questioned how all the agreements and European Union measures will translate to ensuring farmers actually get the money in their pockets.

‘Without a proper mechanism for transparency and accountability, setting living Income Differential is Dangerous’, he said.

Fountain urged the governments of Ghana and Ivory Coast to ensure transparency in the money coming into their respective countries.