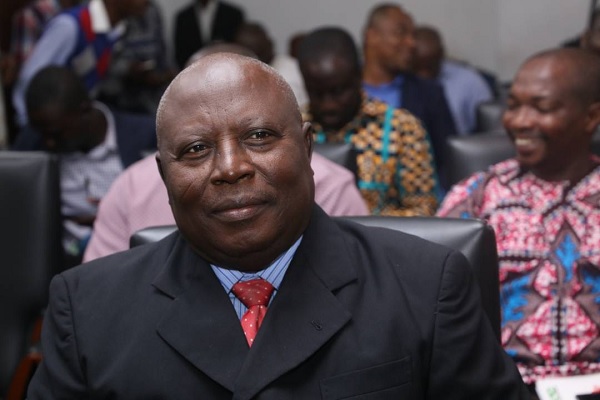 A group of civil society organisations (CSOs), including Ghana Anti-Corruption Coalition (GACC), has described as surprising the resignation of Special Prosecutor Martin Amidu.

Amidu resigned from the position almost three years into his seven-year tenure, citing ‘political interference in the independence of his office’ as the main reason for his decision to resign.

Reacting to his resignation, GACC, the Ghana Integrity Initiative (GII), IMANI Africa, a policy think tank, and the Citizens Movement against Corruption (CIMAG) insinuated that Amidu’s resignation could slow the country’s anti-corruption drive.

Executive Secretary of the GACC, Beauty Narteh, said when the OSP was to be set up, CSOs participated fully by engaging with parliament and the executive in the enactment of the law setting up the office.

‘We were all excited by the subsequent appointment of Mr Amidu because we saw him as a citizen vigilante who would inspire others in the fight. It is, therefore, unfortunate that our expectations did not materialise’, Narteh told Daily Graphic.

‘The resignation, therefore, could become a demotivating factor for citizens in the fight against corruption’.

Also speaking, Executive Director of IMANI Africa, Franklin Cudjoe, said, ‘The CSOs, in their advocacy, had done their best by going to parliament and engaging the executive to ensure a functional OSP. What more could we do’?

Co-chairman of CIMAG, Edem Senanu, said although the SP had resigned, his impact in the past year or so should not be downplayed.

He noted that for the first time in the history of the country, Amidu followed the paper trail of the Minerals Income Investment Fund (the Agyapa deal) and revealed the gaps in it.

Special Prosecutor Amidu had revealed in a Corruption Risk Assessment report that the Agyapa transaction was tied to conflict of interest, allocations among others.

The report, which was presented to President Nana Akufo-Addo on 16 October, also indicated that the involvement of Databank Financial Services as a local rider company was a manipulation by the country’s Finance Ministry.