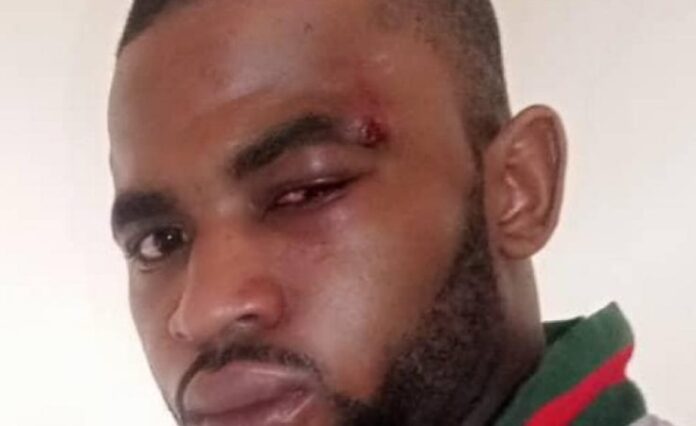 Clooney Foundation for Justice has contacted the United Nations over the case of independent journalist Paul Chouta, who has been held in pre-trial detention for the past 18 months.

Development Dairies understands that Chouta was detained in May 2019 on charges of publishing defamatory material and false news.

According to Debevoise and Plimpton, the New York law firm representing the Clooney Foundation for Justice, Chouta’s trial has been adjourned 16 times.

‘Mr. Chouta has already been detained for over half of the total duration he would spend in prison if convicted of all his charges’, the firm said.

The foundation wants the charges against Chouta, a critic of President Paul Biya’s government, dropped, or for him to be released immediately while he awaits trial.

The case was filed under a procedure established by UN Human Rights, which empowers it to take Chouta’s detention up with the Cameroon government through diplomatic channels and, after investigating the case, to make a recommendation for action to the government.

Debevoise and Plimpton said it was acting for Chouta as part of the Clooney Foundation’s Trial Watch initiative, which monitors trials of journalists, women, LGBTQ persons, minorities, and human rights defenders.