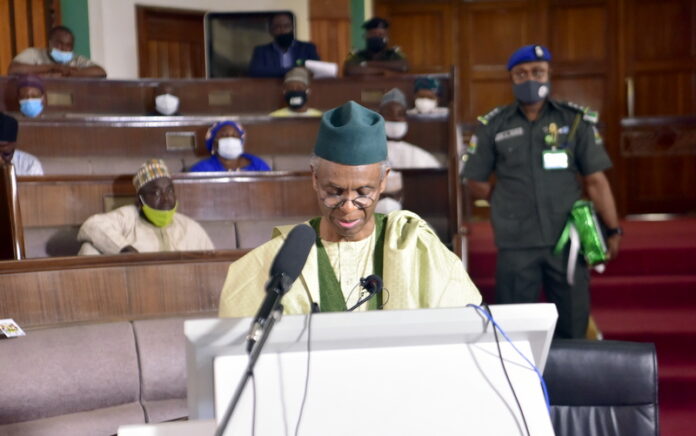 The Coalition of Association for Leadership, Peace, Empowerment and Development (CALPED) has appealed to lawmakers in Kaduna State, northwest Nigeria, to allocate funds for agricultural mechanisation in the state’s 2021 budget proposal.

Head of CALPED, Yusuf Goje, made the appeal during a virtual public hearing organised by the Kaduna State House of Assembly on the proposed state budget for the 2021 financial year.

Development Diaries understands Governor Nasir El-Rufai, during his presentation of the 2021 budget proposal to the assembly, disclosed that 66 percent of the N257 billion budget proposal would cover education, health, infrastructure and agriculture.

However, Goje argued that the Ministry of Agriculture had proposed N73.8 million for the procurement of harvesters that was not included in the budget proposal submitted to the assembly.

He also called the assembly’s attention to the N9.6 million earmarked for agricultural extension services instead of the N10.23 million proposed by the ministry.

‘I urge this house to consider reversing the figure as seeds are critical input in crop production and currently about 69.4 percent of farmers in the state use grains instead of seeds’, he said.

‘The proposed N16.9 million for the procurement of chemicals and veterinary consumables was also not captured, and we appeal to the house to consider the line item because livestock plays a crucial role in the livelihood of families’.

He also said, ‘But it is worrisome that out of the 26 capital interventions proposed by the ministry of agriculture, only seven interventions were captured in the draft budget.

‘Also, of the more than N10 billion allocated to the ministry, more N9 billion is coming from development partners with the state contributing only about N200 million as counterpart fund.

‘This is very poor, considering the strategic place of agriculture in the socio-economic development of the state’.

House Committee on Budget and Appropriation Chairman, Ahmed Mohammed, assured citizens that the lawmakers would engage the ministries, departments, and agencies during the budget defence and make necessary adjustments.