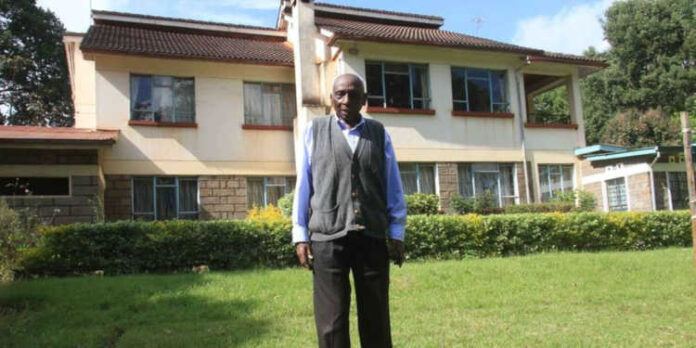 Nduhiu Njama, the retried headteacher who set up Gladys and Njama foundation, has decided to convert part of his Sh6 million mansion, which sits on six acres, into a home for elderly people in his home county of Nyeri.

It was learnt that Mr Njama has asked the foundation to take care of the property, which he feels will help elderly people once renovated.

‘Before my wife died in 2003, we always wanted to do something to give back to the society but we had not decided on what to do’, the Nation quoted him as saying.

‘But since she is now gone, I have no one to share the property at my retirement home with’.

When he announced to his family that he will be giving away part of his assets, his grand-daughter June Njama was reported to have said that it was not a surprise to them.

‘We did not object to his wish that part of our inheritance be used for construction of a home for the aged’, she was quoted as saying.