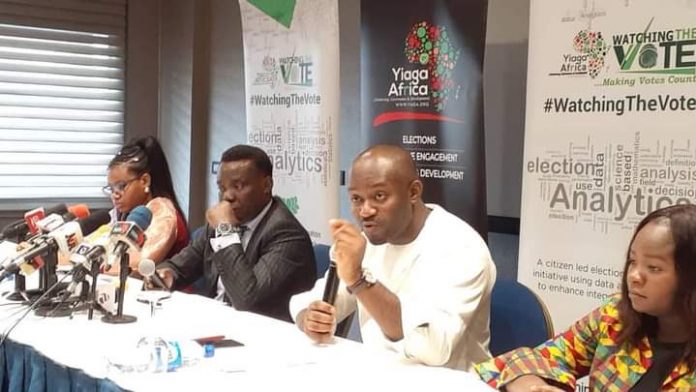 Yiaga Africa has reported that politicians in Edo have stockpiled firearms in 13 local government areas as the Nigerian state gears up for governorship election.

The civil society organisation (CSO) made this known in its assessment ahead of the 19 September election.

Development Diaries understands that there has been tension in the state as a result of the activities of the two leading political parties in Edo – the Peoples Democratic Party (PDP) and the All Progressives Congress (APC).

While supporters of the state governor, Godwin Obaseki, who is seeking reelection on the platform of the PDP, have accused supporters of Osagie Ize-Iyamu of the APC of disrupting their campaign rallies, their APC counterparts accused them of causing violence in the state.

Spokesman for the governor, Crusoe Osagie, had in August accused supporters of APC of attacking Obaseki and his supporters during his campaign at Etsako West, ward 10, in Edo North.

It was learnt that Obaseki, who joined PDP on 19 June after APC had disqualified him from contesting in its governorship primary election, had embarked on a ward-to-ward campaign to seek for votes, but his campaign trail came under attack by suspected hoodlums.

However, the Head of Media, APC campaign committee, John Mayaki, said the allegation was baseless.

Board member of Yiaga Africa, Ezenwa Nwangwu, during a press conference at Transcorp Hilton, Abuja, disclosed that there was piling up of arms in 13 local government areas in the state.

Nwangwu said, ‘The security should move in so that the stockpiled arms are not used. If they are on top of the game, we are going to have a better outcome in Edo election’.

‘Based on our observation reports, 13 of 18 LGAs are considered as potential hotspots and flash points of violence. They include Etsako West, Etsako East, Etsako Central, Owan West and Akoko-Edo in Edo north senatorial district’, he added.

In its recommendations, Yiaga urged the police and other relevant security formations to curtail the proliferation of firearms and other weapons and ensure sanctions for those implicated in thuggery and violence.

A similar organisation, Centre for Democracy and Development (CDD), had warned that the current tone of political engagements in Edo State posed a great threat to a smooth electoral process.

‘CDD observers also reported that foot soldiers of politicians across the state, especially in rural communities, have engaged in the exchange of verbal abuses, hate songs and chants, capable of provoking violent confrontation at a localised level’, CDD Director, Idayat Hassan, said in a statement.

The CDD cited instances of near-violent incidents where firearms were displayed by rival parties during campaigns in the state.

‘In one campaign rally in Okpella town in Etsako East local government area, an open display of arms was documented’, the report read.

On their part, the Nigerian police say they have identified a high likelihood of violence, attacks by opponents, and misinformation as security threats to the polls.

But the Inspector General of Police, Mohammed Adamu, warned politicians and their supporters to conduct themselves properly by playing by the rules.