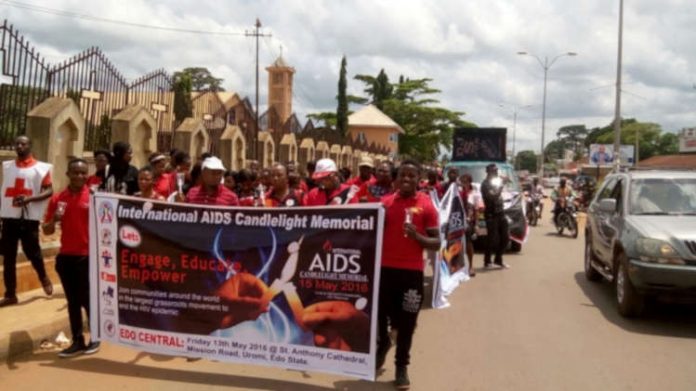 Executive Secretary of Civil Society for HIV/AIDS in Nigeria (CiSHAN), Walter Ugwocha, says about 900,000 persons living with HIV in the country are not traceable.

Ugwocha made this known as the organisation commenced a national campaign for HIV self-testing in the six geopolitical zones of Nigeria.

Development Diaries understands that more than 1.9 million people in Nigeria are living with HIV, with only 67 percent of them aware of their HIV status, according to data from UNAIDS.

‘Out of the 1.9 million people living with Human Immunodeficiency Virus HIV in Nigeria, about 900,000 are yet to show up for treatment and are currently unaccounted for’, he said.

According to Ugwocha, the campaign is focused on creating awareness and demand for the self-testing, identification and early treatment of newly diagnosed individuals.

‘We will be going to a state in each of the geo-political zones – Kogi, Delta, Gombe, Kaduna, Abia and Lagos – to help close the existing HIV testing gap’, he added.

Ugwocha called on the federal, state governments and development partners to intensify efforts towards making HIV self-testing kits available to citizens in communities across the country.

He also said that the group was working towards achieving its mandate of reaching ten million people with self-testing kits before 2021.