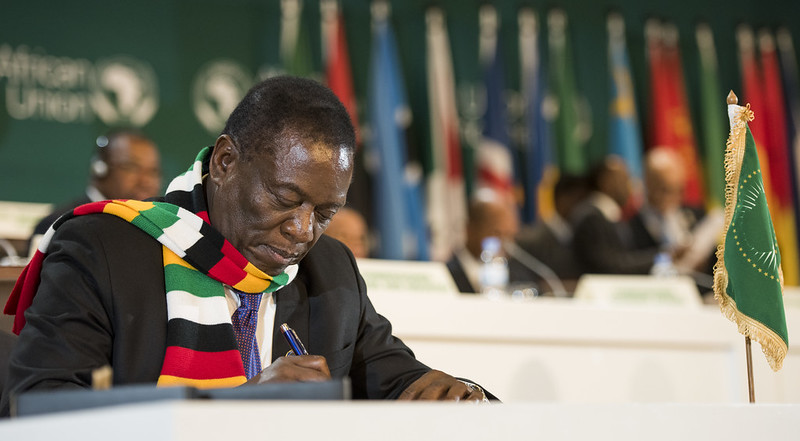 A group of civil society organisations (CSOs) in Zimbabwe has urged the African Union (AU) and the Southern Africa Development Community (SADC) to sanction the country’s government over the arrest of peaceful anti-corruption protesters.

Authorities in Zimbabwe had arrested at least 60 people in connection with anti-corruption protests.

Development Diaries learnt that members of the CSOs, after holding a meeting with officials of the SADC, challenged AU to undertake a fact-finding mission to the southern African country.

It was gathered that the meeting was hosted by the Zimbabwe Human Rights NGO Forum and the Southern African Human Rights Defenders Network (SAHRDN).

‘SADC must raise the political and economic cost of impunity and anti-democratic behaviour, adopt a clear and decisive plan of action to address Zimbabwe’s governance deficits in a sustainable and inclusive manner’, the group of CSOs said.

It also wants SADC to push for genuine all-stakeholders dialogue to end the Zimbabwe crisis, noting that the arrest of journalist Hopewell Chin’ono and opposition Transform Zimbabwe leader, Jacob Ngarivhume, showed a clear lack of respect for rule of law by the administration of President Emmerson Mnangagwa.