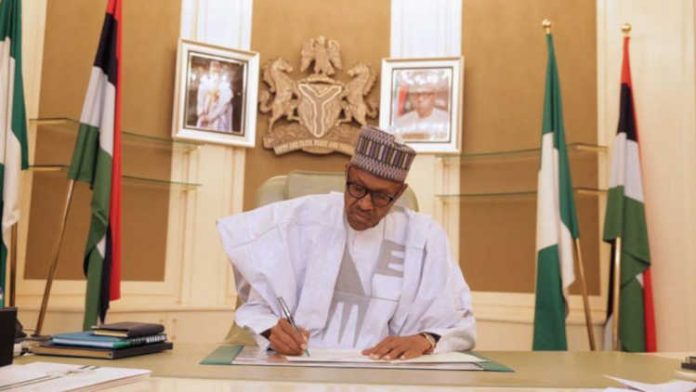 The Companies and Allied Matters Amendment Act (CAMA) 2020 has divided some stakeholders, including non-governmental organisations (NGOs), in Nigeria.

Development Diaries understands that President Muhammadu Buhari had on 7 August signed into law, the Companies and Allied Matters Bill, 2020, replacing the 1990 CAMA.

The new CAMA introduces provisions that appear to promote the ease of doing business while reducing regulatory hurdles; and in its reaction, the Nigeria Network of NGOs (NNNGO) commended the national assembly (NASS) and the president for passing and assenting to the bill.

However, the Socio-Economic Rights And Accountability Project (SERAP) has said that it would challenge the Nigerian government in court over the law.

SERAP described it as the most repressive law in the history of Nigeria, adding that it would be used against the people.

What do NGOs really need to know about the new CAMA?

The infographics by Policy and Legal Advocacy Centre (PLAC) below explain the provisions of the law. 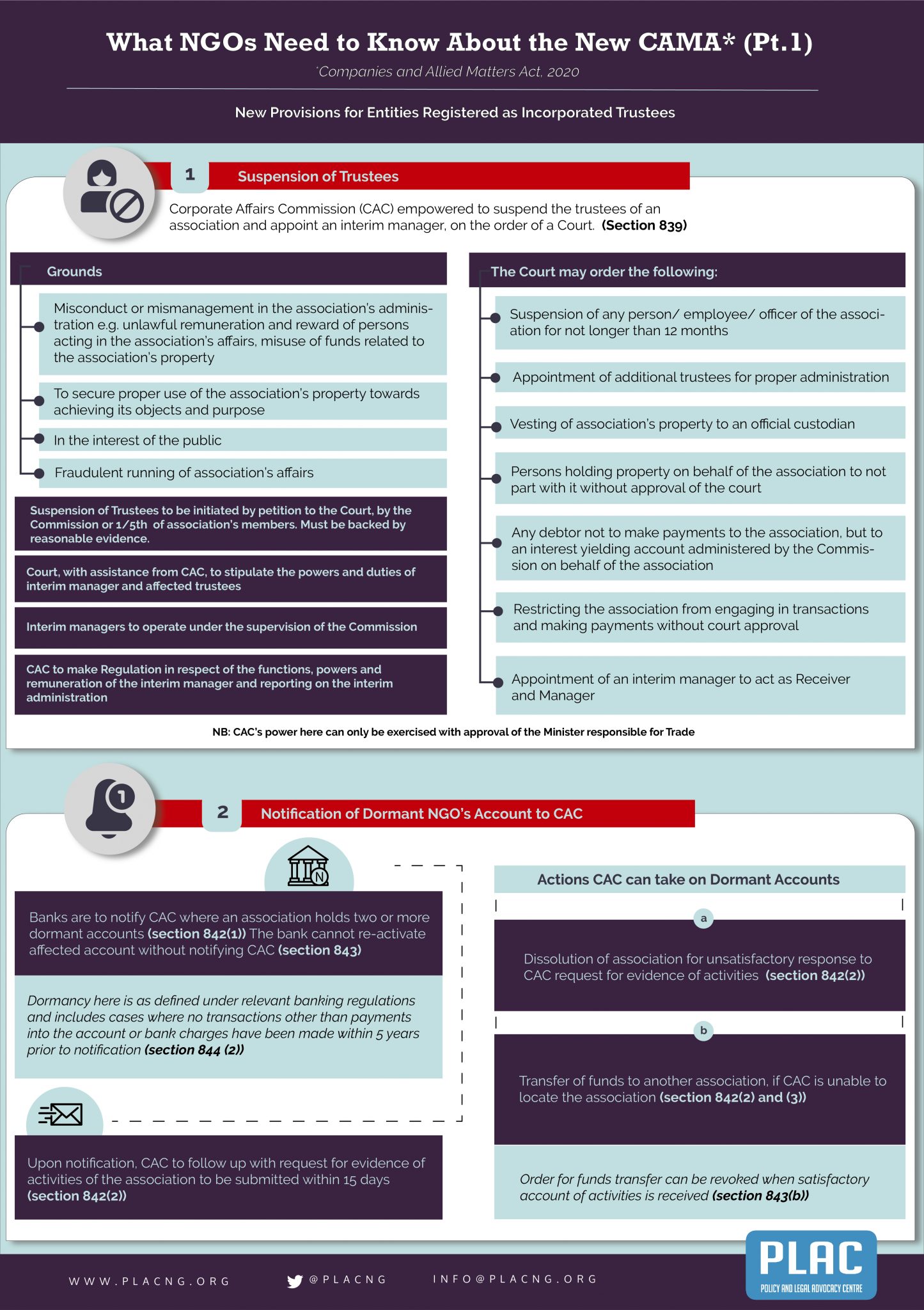 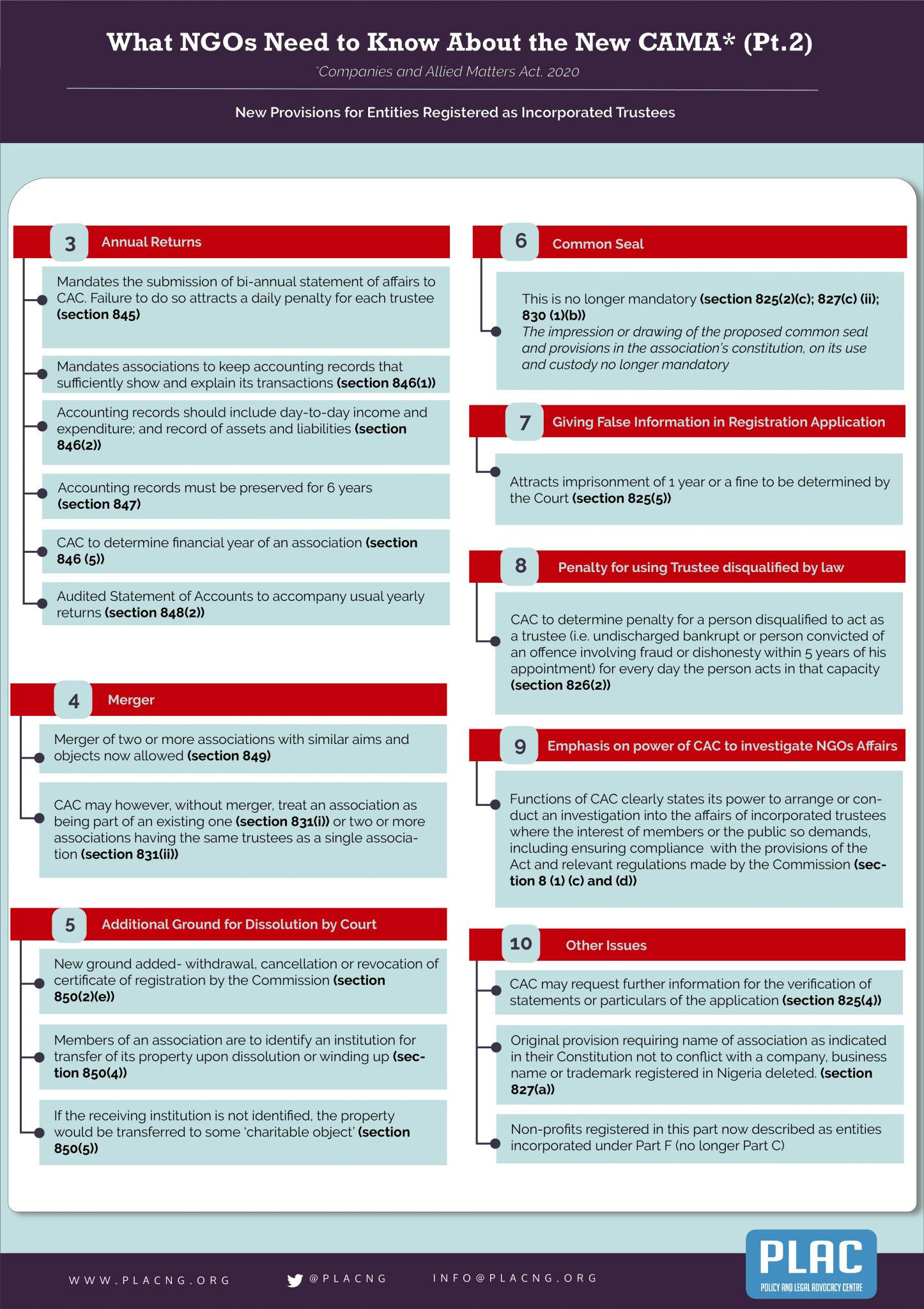