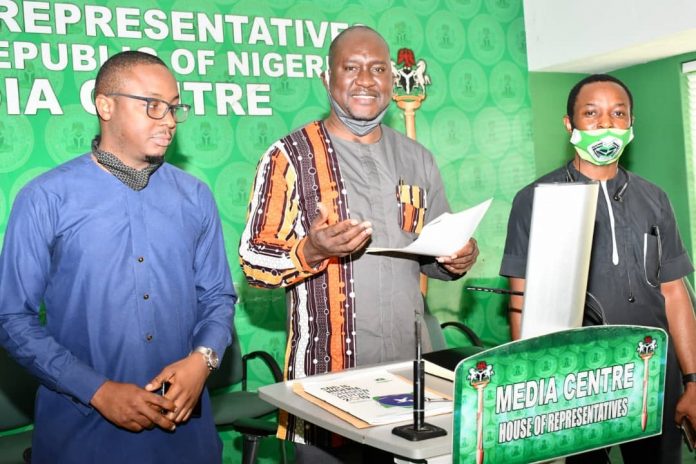 Reactions and counterreactions from non-governmental organisations (NGOs) and other stakeholders in Nigeria have trailed the signing of the amended Companies and Allied Matters Act (CAMA), 2020, into law by President Muhammadu Buhari.

The new CAMA, which replaces the 1990 CAMA, introduces provisions that appear to promote the ease of doing business while reducing regulatory obstacles.

But the bone of contention, as observed by Development Diaries, is the provision that empowers the Corporate Affairs Commission (CAC) to take over and manage NGOs on allegations of misconduct.

In its reaction, the Civil Society Legislative Advocacy Centre (CISLAC) commended Buhari for assenting to the amended act.

The Executive Director of CISLAC, Auwal Ibrahim Musa, said in a statement that the new CAMA would fulfil the desired anti-corruption reform in Nigeria.

He said, ‘Until now, the absence of the enactment of the CAMA made it impossible to act on establishing a publicly available register of beneficial owners.

‘Financing the Nigerian fight against corruption and poverty is sabotaged continuously by financial secrecy, which erodes national sovereignty.

‘Instead of funding ourselves from taxing business activity, we borrow money abroad and bankroll our budgets at unfavourable and unsustainable terms’.

In its immediate reaction to the signing of the amended Act, the Nigeria Network of NGOs (NNNGO) commended the national assembly (NASS) and the president, saying, ‘We are honoured that our suggestions on common seal, classification of associations, qualification of trustees, accounting records and annual returns are included in the new law.

‘As a network, we appreciate the opportunity to raise critical regulatory issues as we continue to work toward advancing the operations of nonprofits in Nigeria’.

However, some NGOs and observers have strongly condemned the provision that empowers the CAC to take over and manage NGOs on allegations of misconduct.

The Resource Centre for Human Rights and Civic Education (CHRICED), while condemning the amended Act, alleged that the government had turned its lawmaking function into a sinister conspiracy against citizens.

‘We make no mistake about the fact that the target of the draconian sections of the law are the critical voices and organisations amplifying citizens’ demands for transparency, accountability and good governance’, Executive Director at CHRICED, Comrade Ibrahim Zikirullahi, said in a statement.

‘Therefore, CHRICED condemns and rejects the suffocating provisions in the CAMA Act, which were basically rehashed from the discredited NGO Regulation Bill that was overwhelmingly rejected by Nigerians last year’.

Zikirullahi also said, ‘The opaque, nocturnal and non-inclusive manner in which the amendments in the CAMA were effected, without recourse to exhaustive consultations, through public hearing and robust debates involving citizens, robs those horrible provisions of their legitimacy’.

As for the Socio-Economic Rights And Accountability Project (SERAP), the organisation did not mince words in its condemnation of the law.

SERAP described it as the most repressive law in the history of Nigeria, vowing to challenge the Nigerian government in court over it.

For his part, a revered Nigerian lawyer and human rights activist, Femi Falana, said that a government that aims to create an atmosphere for ease of business should not have come up with a ‘604-page’ business law.

‘I have read the law. It was badly drafted. A government that set out to facilitate the ease of doing business could not have come up with a 604-page business law’, Falana said.

He further said, ‘The only addition which is objectionable is the power conferred on the commission (CAC) to take over and manage NGOs on allegations of misconduct.

‘It is illegal because it is a violation of the fundamental right to freedom of association guaranteed by section 40 of the constitution’.

However, another respected Nigerian lawyer, Charles Omole, thinks differently. The constitutional lawyer said that the controversy over the new CAMA was unnecessary.

‘But the lack of trust in [government] has made folks suspicious of anything that seems to give [government] more powers; due to the culture of abuse [and] overreach by [governments]’, he tweeted.

He also said, ‘We need to stop allowing the [best] to become the enemy of the [good]. Law can always be further tweaked and amended in future. But the new CAMA is a far better law than the old one and we must all accept a level of [government] control if we enjoy tax-free status’.

Meanwhile, as NGOs grumble over the amended CAMA, the CAC says the law has come to stay, insisting that it would go ahead with the implementation of the law as soon as the national assembly gazettes it.

According to the Registrar-General of CAC, Garba Abubakar, the amended CAMA was not targeted at any particular group.

It was gathered that while speaking at a two-day retreat of the Commerce and Industry Correspondents Association of Nigeria (CICAN) in Abuja, Abubakar said that registered entities had nothing to fear as long as they operate within laid down regulations.