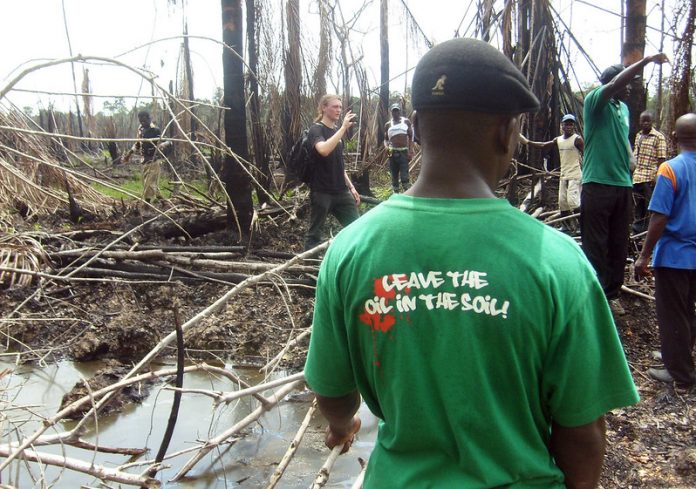 The Civil Society Legislative Advocacy Centre (CISLAC) has urged the Rivers State Governor, Nyesom Wike, to take charge of the Ogoni cleanup exercise to ensure that the people of the area are not shortchanged.

Development Diaries understands that President Muhammadu Buhari had in 2015 approved the establishment of the Hydrocarbon Pollution Restoration Project (HYPREP), based on recommendations to him by the United Nations Environmental Programme (UNEP), to clean up the Ogoniland in Nigeria’s oil-rich Niger Delta.

Thus, HYPREP, under the Federal Ministry of Environment, has the mandate to clean up decades-long oil spills in Eleme, Gokana, Khana and Tai.

However, the cleanup exercise has suffered some setbacks, with the Project Coordinator of HYPREP, Dr Marvin Dekil, saying in January that in spite of government’s commitment to the project, the remediation exercise had been hampered by land disputes, leadership tussles and communal clashes.

‘The tussle over land and chieftaincy stool has been a major cause of delay in the implementation of the UN Environment Report (UNEP) at the many cleanup sites’, Dekil had said.

‘This has to change for us to make progress by way of unfettered access to all contaminated sites’.

But it appears there has been no improvement since then and CISLAC wants the governor of Rivers, the Rivers State House of Assembly and members of the national assembly from the state to critically address this issue.

Speaking at a strategic meeting in Port Harcourt, the state capital, the Executive Director of CISLAC, Auwal Ibrahim Musa, also said that political interests had hindered the progress of the cleanup exercise.

He called on the political leaders in Rivers to unite and ensure the cleanup exercise was successful to liberate the people of Ogoni from environmental degradation.

‘Rivers State Governor should rise to ensure that Ogoni people are not shortchanged in the course of the project’, Musa said.

‘The Rivers State House of Assembly and national assembly members from Rivers State must also come together to ensure that the project is carried out as agreed so that Rivers people will not suffer.

‘CISLAC and its allies have expressed concern over the level of politicking that has enveloped the entire cleanup process which was conceived to restore, remediate and rehabilitate the people of Ogoni and the Niger Delta region as a whole’.

With the implementation of a cleanup exercise overdue in Ogoni due to the high level of environmental pollution from the nation’s oil extractive industry, Musa called for an immediate review to access the progress, drawing indicators from the United Nations Environment Programme (UNEP) report.