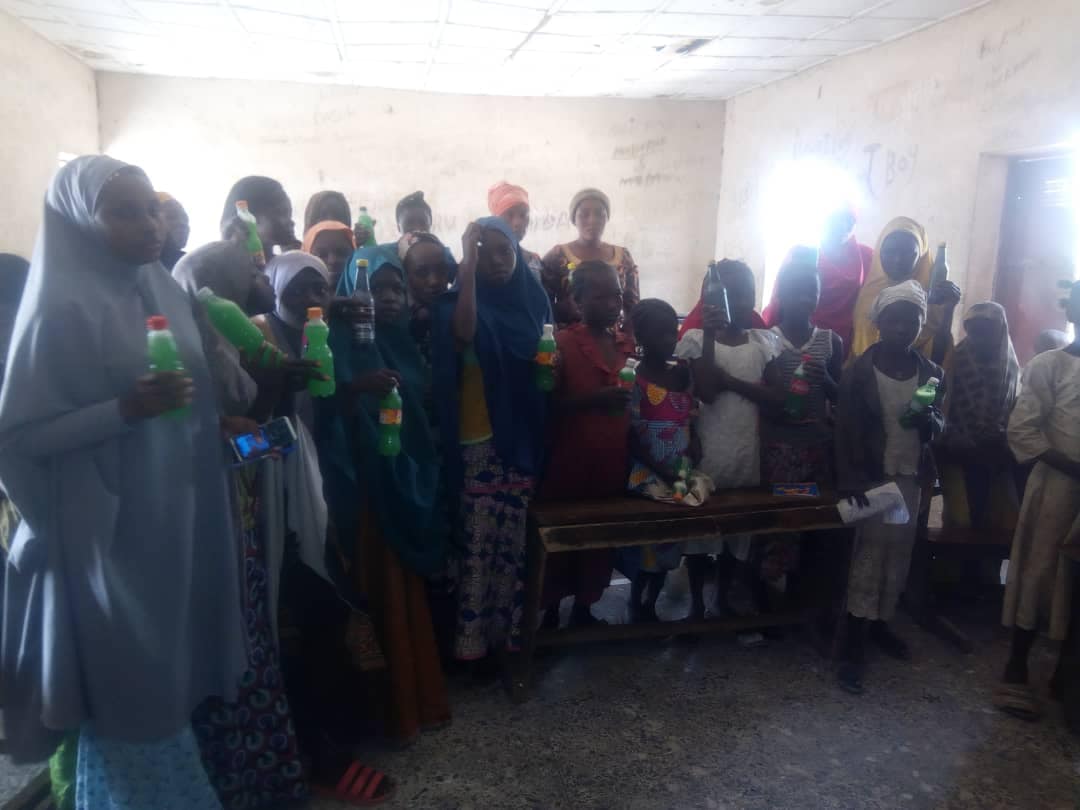 Introduction
The population of out-of-school children in Nigeria is about 10.5 million, according to the United Nations International Children’s Emergency Fund (UNICEF). Children in northern Nigeria face the biggest challenges accessing education, with 69 percent of all out-of-school children living in northern states, and 60 percent of them are girls.

Some of the majorly affected states are Bauchi, Gombe, Borno, Yobe, and Adamawa, all in the country’s northeast, where the Boko Haram terrorists have held sway and wreaked havoc, with the kidnap of hundreds of schoolgirls from Borno’s Chibok and Yobe’s Dapchi amongst their numerous atrocities. There are several other factors keeping girls away from classrooms in the country, particularly in the northern region, despite the Compulsory, Free Universal Basic Education Act, 2004.

A study conducted by the IOSR Journal of Research and Method in Education (IOSR-JRME) discovered that barriers to girl-child education in Nigeria, especially in the north, were also tied to poverty, early marriage, cultural and religious beliefs as well as teenage pregnancy. Also found to be growing the number of out-of-school girls in the region included lack of toilet facilities, and sexual harassment of female students by male teachers.

With a view to solving this problem, some advocacy projects have been executed in the region. One of the projects, ‘Girls For Girls’ (G For G), which was introduced by the High Level Women Advocates (HILWA), was carried out in Katsina State, northwest Nigeria.

The ‘G For G’ was purely a women affairs project designed to ‘cajole’ girls to schools, sometimes with a gift or incentives, by women civil servants to make sure girls are enrolled and retained in schools. The NGO also introduced the ‘He or She’ programme. It was about the mobilisation of schoolboys to encourage girls to receive education. HILWA also introduced ‘Female Teacher Training Scheme’ (FTTS), a programme that encouraged female wards to obtain NCE with a scholarship of N50,000 yearly for selected girls from villages to become school teachers in rural areas.

However, there was still a gap in community involvement in finding solution to the problem of girl-child education. Against this background, another NGO, the African Centre for Leadership, Strategy and Development (CentreLSD), in collaboration with Malala Fund, is carrying out a campaign tagged ‘Community-led Collective Action for Girls Education (C-CAGE)’ in a state in the northeast, where the number of out-of-school girls is worrying.

Review of Literature
UNESCO defines out-of-school children as children in the official primary school-age range who are not enrolled in pre-primary, primary or secondary schools. Several studies have been conducted to understand why many girls of school age are not in school in Nigeria.

A 2010 study by the Nigeria Education Data Survey (NDES) suggested that many children were out of school because their parents were either unwilling or ignorant and unaware of the official school entry age when children should be registered in school.

Furthermore, early marriage, as observed by Njoku in a 2007 study on female access to education in northern Nigeria, is a major hindrance to girls’ access to education. It is understood that the belief in some communities within this zone is that girls should marry early to avoid bringing shame on their families, should they become pregnant while still with their parents. This practice makes girls to attend school irregularly, thereby performing poorly, and eventually dropping out of school.

Moreover, in the 2010 NEDS study, quality concerns such as lack of teaching materials, dilapidated and overcrowded classrooms were discovered as hindrances to access to education in the country. The government was, therefore, urged to address all the hindrances by putting in place relevant policies that will improve education.

Process
The C-CAGE is a three-year project designed to address the root causes of barriers to girl-child education with the goal of increasing the rate of girls’ enrolment and retention in public primary and secondary schools.

Although Borno and Yobe States also have similar challenge, it was observed that the two states have had more interventions on girl-child education than Adamawa, hence the choice of the Land of Beauty by the CentreLSD to begin with. With a record 886,634 out-of-school children and the youth in the state, 459,644 of that figure being girls, it was apparent that Adamawa needed intervention.

The state has 21 local government areas (LGAs), with three senatorial districts comprising Adamawa North, Adamawa South, and Adamawa Central. With a view to having presence in the three senatorial districts, CentreLSD deliberately selected Numan, Song and Maiha LGAs for the project. It was discovered that a combined total of 63,161 girls in the LGAs were out of school due to Boko Haram attacks, poverty, early marriage, lack of infrastructure, and so on.

The project lead of CentreLSD, Frances Igwilo, stated that the development outfit trained 150 education stakeholders – 50 each from the aforementioned LGAs – comprising teachers, principals, parents and community members, and religious leaders.

They raised awareness on the importance of girls’ education through town hall meetings, media engagement and advocacy visits to local and state-level leaders and stakeholders in government, schools, and communities.

Outcome
CentreLSD has established a peer study group where the girls in school and the ones out of school mingle. The organisation set up seven spaces named, in Hausa, Masu Son Ilimi, which translates into English as Lovers of Education, with 245 girls in the spaces. School principals and some teachers serve as monitors of the spaces to ensure their effective use. Picture evidence is also sent to CentreLSD for accountability and transparency.

The spaces allow the girls share experiences and knowledge without fear of discrimination. In addition, they learn how to make soap, beads, and so on, and the tasks in the spaces last for two hours or more, depending on the schedule of activities for each day.

So far, 104 girls have been confirmed to have gone back to school, and CentreLSD is optimistic that a minimum of 10,000 girls will eventually go back to school.

Comparative Analysis
Governments, donor organisations, and some NGOs, including Adamawa Awareness Foundation, have tried to address the problem of out-of-school children in Adamawa State. On different occasions, they provided basic incentives such as uniforms, school materials, meals, and cash transfers to low-income households. Those commendable interventions were designed for primary education. What happens when the girls want to further their education and resources to continue are not available? The C-CAGE project was designed to answer that question. The idea of the project was to strengthen systems and cultural norms that encourage girl-child enrolment and retention of secondary school education.