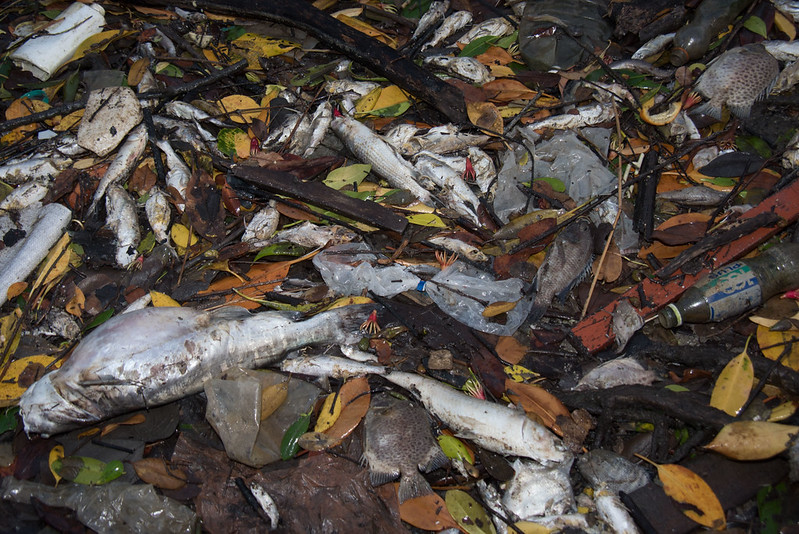 The National Oil Spills Detection and Response Agency (NOSDRA) has shared its findings from the thorough investigation of the appearance of dead fishes along the Atlantic Ocean coastline in Nigeria, confirming the incident as a result of discharged toxic waste into the ocean.

Revealing the result of the investigation by the agency, the Director-General of NOSDRA, Idris Musa, in a statement confirmed that pollution consisting of heavy metals from industrial and domestic wastes discharged into the ocean was responsible for the high toxicity of the dead fishes and water samples taken.

In the statement regarding the findings of the investigation, Musa also said, ‘In the course of the analyses, Total Petroleum Hydrocarbons (TPHs), Polycyclic Aromatic Hydrocarbons (PAHs), Benzene, Toluene Ethylene and Xylene (BTEX) were within regulatory standard limits in water, sediments, and fish tissue analyses. However, there were some heavy metals such as cadmium, chromium copper, zinc and iron that exceeded regulatory standard limits in the coastlines of the three states of Delta, Bayelsa and Rivers’.

Musa added that the values of chromium and copper in the sampled dead fishes’ tissue were slightly higher than the European Union standards limits, and that the harmful impact may be negative to aquatic species, other mammals and human beings.