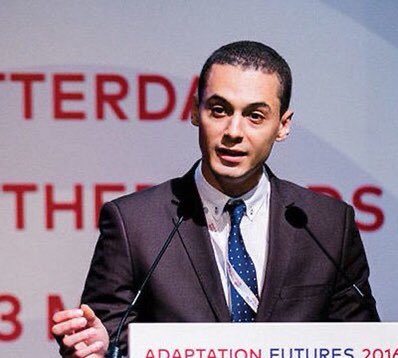 The Project Coordinator of the Mohammed VI Foundation for Environmental Protection (MFEP), Ayman Cherkaoui, has been elected as the new regional facilitator for NGOs of the Africa group at the United Nations Environment Programme (UNEP).

Cherkaoui came first in the election with 15 other candidates, while the representative of Support for Women in Agriculture and Environment NGO (SWAGEN), Gertrude Kenyangi, came second.

The candidates were asked to attend the UN Environment Assembly and to have the relevant expertise of the thematic issues to be dealt with at the upcoming session if the theme was already known. Regional facilitators were to come from organisations accredited to UNEP and ideally be from different sub-regions to ensure a more balanced representation.

The facilitators are to serve for a minimum of two years or until the next election and participate as observers on the Major Groups Facilitating Committee.

Cherkaoui expressed that he was honoured to have been elected, welcoming the voters’ confidence, a trust based on the deep appreciation of the African civil society for the environmental commitment of the Kingdom of Morocco, the MFEP and the Moroccan civil society.