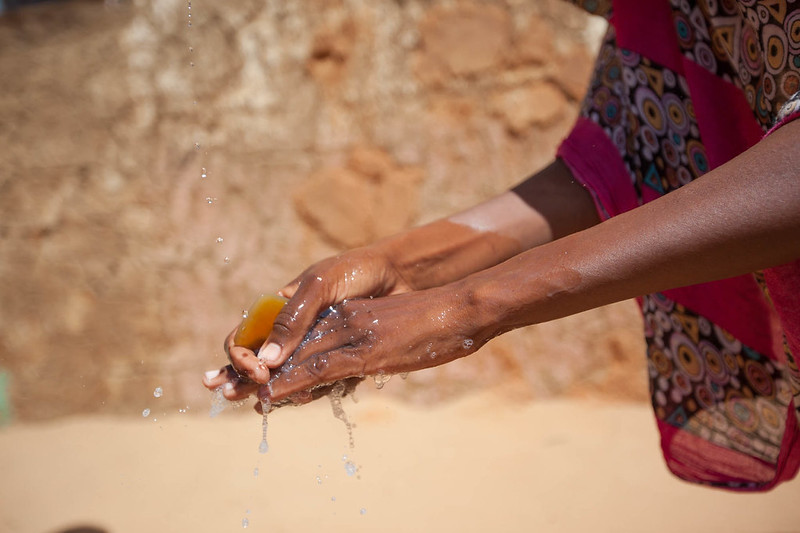 One Child (OC), a local non-governmental organisation has joined in the fight to curb the spread of Covid-19 in Liberia. The organisation which is involved in the education and care of underprivileged children has distributed handwashing detergents such as powder soap, disinfectant, and other materials to about 300 residents of the GSA Road community in Paynesville, Liberia.

The Founder and Executive Director of OC, Ms Guladia Tia Nyamalon, stated that the goal of the donation was to augment the government‘s efforts to prevent the further spread of Covid-19 as the fight against the virus requires collective effort. Therefore, as a community-based organisation, it is their responsibility to equip communities to combat the virus.

Nyamalon added, ‘In as much as we are concerned with the well-being of underprivileged children, it is our moral duty to support the prevention of the virus to keep children alive. The war against [Covid-19] demands a united front and, as a deeply embedded grassroots organisation, we are doing what we can to support the continuing efforts of the government and its collaborators to eradicate the virus in the region’.

She thanked the Head of United Women Organisation (UWO) of GSA Road, Mrs Mala Jallah, for aligning their organisation with OC to reach more than 300 residents of the GSA Road community. It was noted that UWO was active in educating the masses about methods of prevention, especially handwashing, social distancing steps, coughing, and sneezing.

‘We advise people to wash their hands daily, frequently, for 20 seconds, with soap and water or use alcohol-based hand sanitiser, cover their noses and mouths with a disposable tissue or flexed elbow when [they] cough or sneeze, prevent near contact (six feet) with people who are not well. The goal of this is to ensure that Liberians stop doubting the existence of the virus, which has taken a serious toll on the country’, she added.

Nyamalon highlighted the need for more funds as the organisation did not have enough to sustain its work. She said that they are looking forward to anyone that will help them with disinfectant, soap, and other preventive items, and even food. She concluded that they must ensure that children living in communities are protected from the virus by teaching them how to wash their hands.