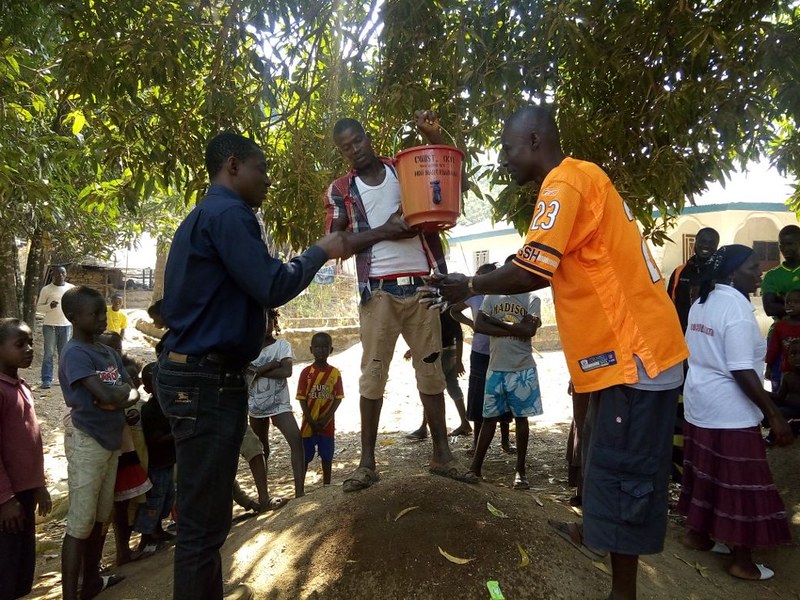 With the Covid-19 pandemic disrupting the livelihoods of Kenyans, it was observed that many people were not following government directives such as social distancing, using sanitisers, and washing hands frequently. With this development, Partners for Care (PFC), an organisation based in Kahawa Sukari, stepped in by donating a portable backpack that can used for washing hands.

The director of the organisation, Samwel Wanjau, said, ‘The pandemic has affected [the] livelihoods of many people in the informal settlements and we thought it wise to at least remember them by donating the portable handwash bags to help them wash their hands frequently’.

He added that the bags were made in Turkey but they are starting a local production which will create more jobs and also increase their capacity; hence, they will be able to support more vulnerable members of the society. The organisation has donated more than 2,500 portable handwash bags to several slums within Nairobi.

In adhering to the government’s directive of social distancing, PFC has been working with community leaders in the distribution of the water backpack. After receiving the backpacks, the community leaders set up different handwashing stations within the areas. Mostly, they are targeting areas within their communities with businesses that are still ongoing as everyone tries to make ends meet.

The Founder and Chief Executive Officer of PFC, Connie Cheren, noted that in many of the thousands of classrooms throughout Kenya, running water is a privilege. The learners are required to provide water for personal needs from locations outside the school where water is often contaminated. She added that some of the containers used for water once held pesticides, oils, or gasoline but are now being used as dispensers for drinking water. ‘Something had to change’, Cheren said.