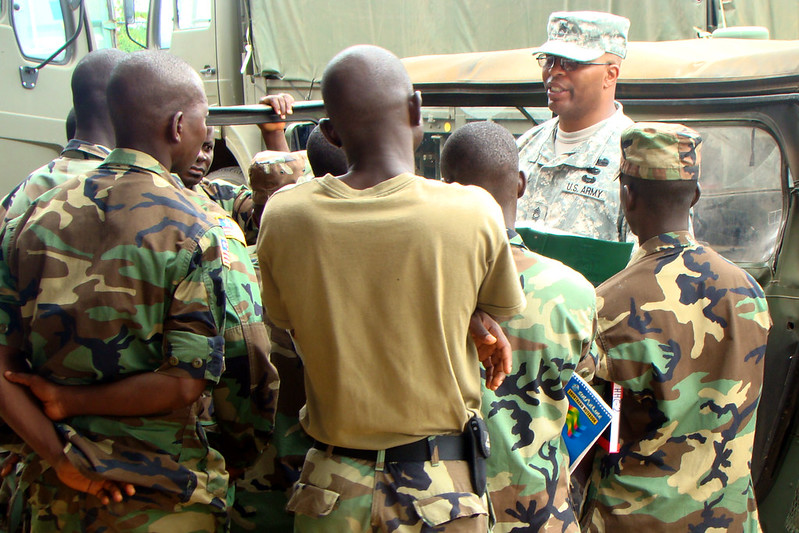 The National Civil Society Council of Liberia (NCSCL) has called on all state security forces to stop all forms of violence against people during the state of emergency declared in the country due to the Covid-19 pandemic. The National Coordinator of the Council, Loretta Pope-Kai, stated that ‘unauthorised actions against peaceful citizens, even if well-intentioned, will jeopardise the peace and undermine the government’s efforts’.

It was discovered that videos and pictures of security forces manhandling people on the streets and in markets had emerged on social media. Pope-Kai called on the government to establish a task force to receive and investigate complaints against state security forces over their enforcement of the measures announced in the state of emergency, as that would prevent human rights abuses and violence against citizens. She added that ‘the security forces that have been called up to enforce these regulations must do so with a high degree of professionalism and respect for the rule of law’.

Pope-Kai called out the government of Liberia for ignoring the country’s poverty profile in the imposition of the state of emergency and the measures put into place to enforce it. She stated that ‘the plight of tens of thousands of Liberians living in extreme poverty in rural and urban communities and the extreme economic hardship they will have to endure because of the State of Emergency was neither acknowledged nor addressed in the declaration. Women and adolescent girls, especially single mothers facing these difficulties, will be particularly vulnerable to violence and sexual exploitation and abuse’.

She urged the government to develop and implement measures to provide relief materials for citizens living in extreme poverty, especially women and adolescent girls as they are more likely to face extreme hardship as a result of the state of emergency.