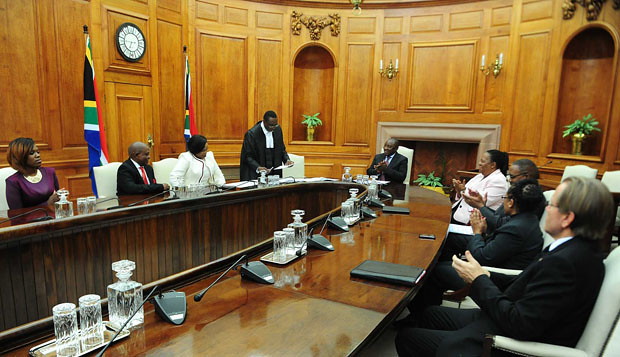 Fair and Equitable Society (FES), a non-governmental organisation that filed a lawsuit against the government, in response to reports that members of the South African Police Services (SAPS) and the South African National Defence Force (SANDF) were being abusive and heavy-handed during the Covid-19 lockdown, has withdrawn its suit.

In a statement made by the Legal Director of FES, Samantha Sarjoo, she confirmed that the case had been withdrawn. She said, ‘As FES, we have made the decision to withdraw, not because there is a lack of a case but rather because we take the case quite seriously. We want to ensure that in our defence of the people of South Africa against any brutality, we are as thorough as possible so that those in power do not abuse it anyway’.

President Cyril Ramaphosa responded to the suit stating that he had no reason to believe that soldiers or police officers had acted unlawfully. The president however said that in cases where law enforcement may have engaged in unlawful activities, the conduct of such security agents will be investigated and the matter taken seriously.

Sarjoo said that her organisation intends to redraft its legal application. ‘Other people and organisations have approached FES, wanting to be involved in the application, which was the main reason for the withdrawal. We thought it best in the circumstances to withdraw and bolster our already strong case’, she added.