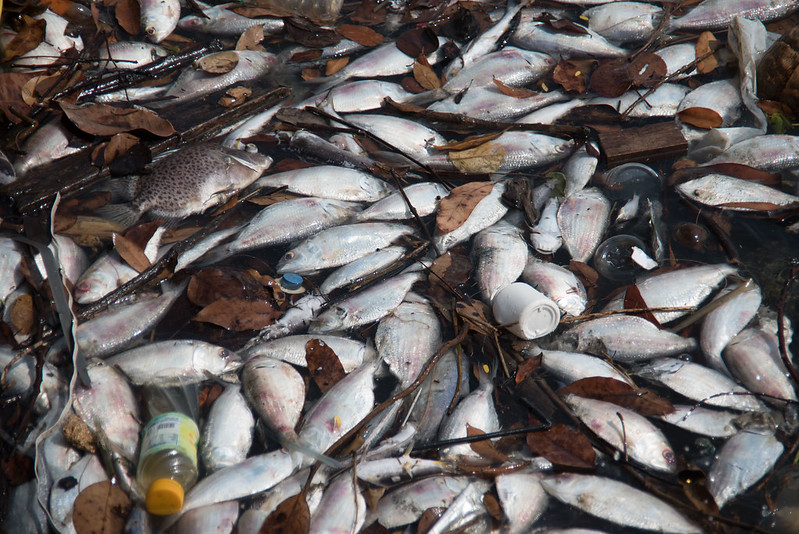 The strange appearance of dead fish, washing ashore the Nigerian coast at Bonny and Adoni, has raised questions as to what might be the cause. The National Oil Spills Detection and Response Agency (NOSDRA) has however said that no links have been established between the large number of dead fish and any oil spill incident.

In a statement issued by the Director-General of NOSDRA, Mr. Idris Musa, the agency said, ‘[We carried] out a reconnaissance of the area in Delta State [from] where we first got [reports, from] a non-governmental organisation. There was no incidence of an oil spill within the [area]. Notwithstanding, a few dead [fish lined] the [shore]’.

The agency confirmed that samples of the dead fish, water and sediments had been sent to a laboratory for investigation. The NOSDRA statement continued, ‘[A]nalysis is being carried out and our findings will be jointly considered by the relevant stakeholders to enable an appropriate solution, as well as to put in place more stringent regulations in the future’.

The agency stated that it is collaborating with a group of stakeholders that include the Nigerian Maritime Administration and Safety Agency (NIMASA), the Nigerian Institute of Oceanography and Marine Research (NIOMR), the Federal Institution of Fisheries Research and the National Environmental Standards and Regulations Enforcement Agency (NESREA) to ascertain the cause of death of the large number of fish.