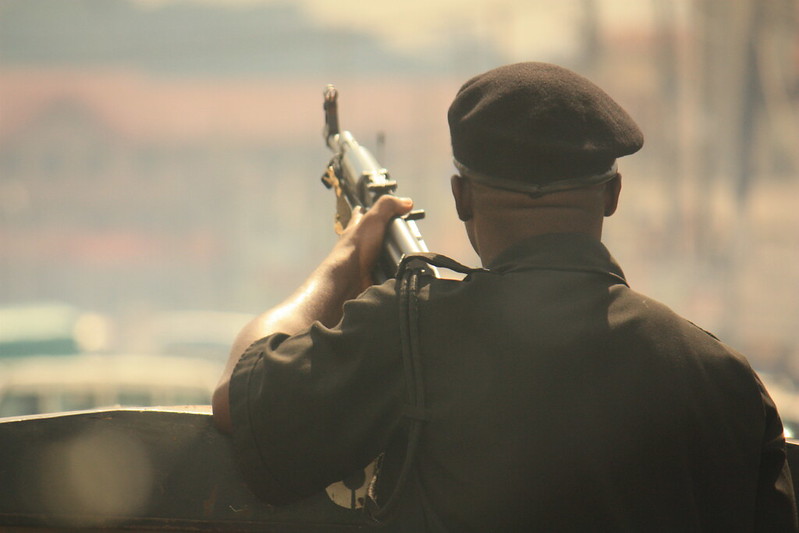 As Covid-19 continues to rage across the globe, stay-at-home orders continue to be the preferred measure of many governments, forcing businesses, schools, public agencies and other organisations to shut down. In Nigeria, which has seen its fair share of stay-at-home orders, the Nigeria Police has been tasked with the enforcement of restrictions. Given the history of police brutality and extrajudicial killings in the country, the Foundation for Environmental Rights Advocacy and Development (FENRAD) has been monitoring security agents involved in enforcing the statewide stay-at-home order in Abia State.

In a statement signed by the organisation’s Executive Director, Comrade Nelson Nnanna Nwafor, FENRAD condemned recent extrajudicial killings by security agents in Abia State. According to the organisation, four incidents have been recorded, leading to protests by youths in the state. In one of those incidents, Mr. Friday Arunsi, a 17-year-old, was killed by police officers. FENRAD stated that if the simmering unrest in the state is not sensitively handled, the once peaceful state could slide into anarchy.

FENRAD stated that the statewide lockdown has proven to be counter-productive given the recently recorded deaths. FENRAD fingered the excessive force used by the police in enforcing the stay-at-home order. According to the FENRAD statement, ‘The latest killing in Ebem Ohafia is to a great extent evidence of the failure of state government machinery given that before the death of Mr. [Arunsi] at Ebem, similar deaths had occurred in Abia, Aba mostly. FENRAD wishes to make it [clear] that deaths and carnage [on this] scale [should] have spurred the State House of Assembly to convene an emergency plenary, either as a whole house or that of the security committee to enquire into th[ese matters]’.

FENRAD further stated that no government elected to protect its citizens will remain passive while security agencies, whose duties are to protect the lives of the citizens, ‘Turn the state into a killing field in peacetime’. The organisation therefore called on the state government, led by Governor Okezie Ikpeazu, and also on the State Commissioner of Police, Mr. Okon Ene, to rein in police officers who through excessive use of force were attempting to rip the fabric of peace in the state.