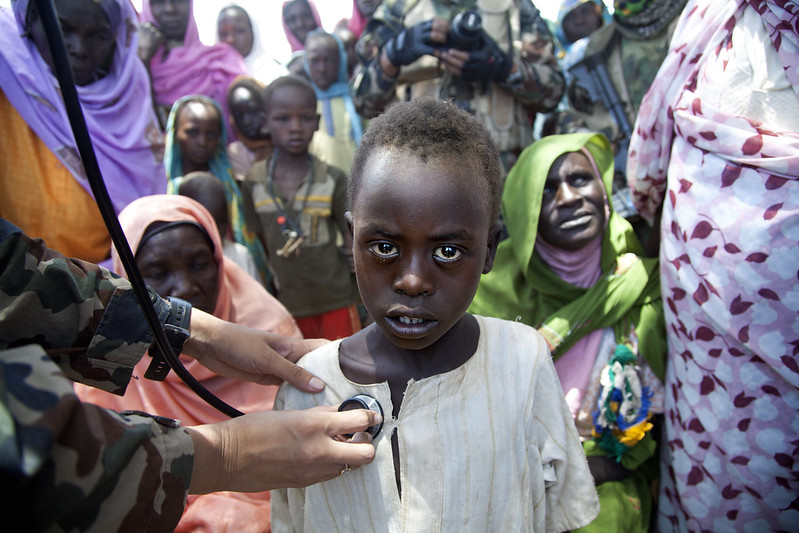 On the sidelines of the 33rd Ordinary Session of the Executive Council of the African Union, which was held in Ethiopia’s capital, Addis Ababa, the Deputy Director-General of the United Nations Food and Agriculture Organisation (FAO), Marina Helena Semedo, said, ‘The only way we can bring [hunger] to zero is through peace and security. Let us silence the guns by working hand in hand for peace and development’.

Semedo noted that the SDGs aim to accelerate progress towards eradicating poverty as well as ending hunger and malnutrition by tapping into the under-supported potential of agriculture. She said that the FAO is implementing various initiatives to raise the incomes of the rural poor. Semedo also noted that the success of FAO initiative hinges on innovation and investment that will fast-track agro-food transformation and sustainable rural development, especially in countries where national capacities and international support are limited or where the population is vulnerable to natural disaster or conflict.

The Commissioner for Rural Economy and Agriculture at the African Union, Josefa Sacko, added that the initiative aims to use innovative technology and methodologies to identify the best opportunities to improve the livelihoods of the rural population and that new ideas are needed to end the twin challenges of hunger and poverty. He also noted that ending various conflicts on the African continent is crucial if the food security goals across the continent are to be realised. ‘We need to creatively find the common ground and common mechanism for addressing the nexus between conflict and food security’, Sacko said.